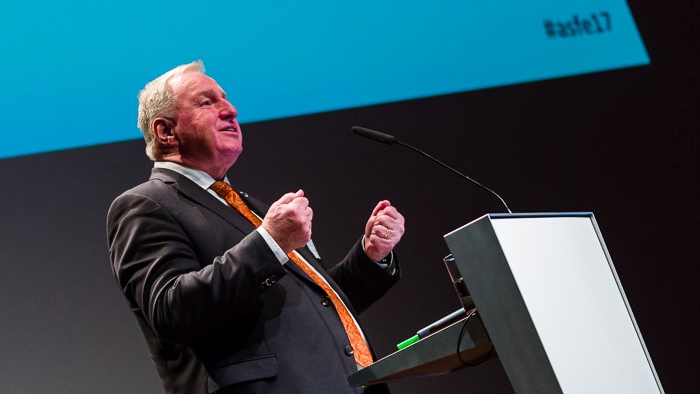 If each citizen were a leader

The A Soul for Europe Conference 2017 in Berlin presented a multi-facetted programme that aimed at bringing civil society and politicians in a dialogue on how to take responsibility for the European project.

The A Soul for Europe Conference 2017 in Berlin presented a multi-facetted programme that aimed at bringing civil society and politicians in a dialogue on how to take responsibility for the European project.

Starting the conference with a public debate, representatives from the political and the cultural field debated the fact that above all the citizens as well as the cities and regions should take an active part in Europe.

As Karl-Heinz Lambertz, President of the Committee of the Regions, put it “Europe is not Brussels. Europe is where you live!” The Mayor of Cluj, Emil Boc, who succeeded in gathering all kind of communities in his city for the candidacy of a European Capital of Culture disclosed his professional secret: "All politics is local. Let people participate in their municipalities and trust will increase for the political system at large."

To activate the cities in an european sense is what Volker Hassemer, Chairman of Stiftung Zukunft, is aiming at: “The national level does not give the support we expect. Therefore, we in the cities and regions must assume our own responsibility - especially in Germany."

Arts and Culture could be a good way to do so; especially when it comes to the populist and anti-European influence that can be observed in the public sphere. Author Juan Gabriel Vasquez claims that we have to rediscover the European Narrative and that we need more humanities in universities to counter fake news, propaganda and alternative facts.

The second day of the conference with around 250 participants kicked off with two key note speeches of Karl-Heinz Lambertz and Juan Gabriel Vasquez confronting the cultural perspective with the view of a politician.

After Lambertz‘ emotionally pointed out that Europe only has a future if it becomes more than a single market, since "you can’t fall in love with a single market”. Vasquez called out to the journalists, artists and people from the cultural sector in the audience: “We must take control of the story again. We must put the literary word back in the centre of our lives.”

In some of the overall ten workshops participants discussed ways to create a Europe from the bottom-up. Among the hosts of the workshops were political and cultural representatives from Georgia (Minister for European integration Victor Dolidze), from Serbia (Activists from “Let’s not drown Belgrade”), from the Netherlands (City Council of Amsterdam) and Germany (Das Progressive Zentrum).

In the track "Arts & Politics – A good match" workshops focused on the potential of arts and culture, such as the power of the written word (authors from the international literaturfestival, the community building work that Theater an der Parkaue is doing as a local theatre for children, or the role of journalists and media in a world where "alternative facts" influence public opinion, carried out by cafébabel.com and n-ost, two trans-european online media organisations.

33 examples of how individual citizens and civil society initiatives can have an impact on cities and regions were shown on the European Marketplace – the project representatives had the opportunity to exchange best-practice methods and examples for their initiatives and projects.

The core element of all the discussions and workshops was clear – it’s all about cooperation between civil-society, politics and culture. Only together, we can face the challenges for the European project ahead of us, Nele Hertling, spokesperson of the A Soul for Europe initiative, pointed out at the end of the conference.

In his inspirational speech, Guillaume Klossa, the chairman of CIVICO Europa summed it up: “Our goal: Each citizen thinks as a leader and each leader as a citizen.”