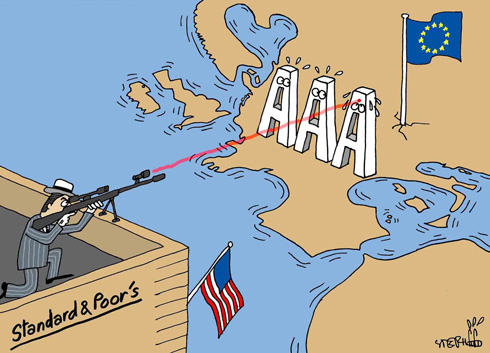 On December 5, shortly before Angela Merkel and Nicolas Sarkozy announced their plan to save the euro, the rating agency Standard & Poor’s declared that it had put the long term sovereign debt rating of 15 of the eurozone’s 17 member states under “Negative Watch.” A total of 6 “Triple A” states are now under watch, including France and Germany. On December 6, S&P also placed the European Financial Stability Fund under the same regime, saying it may downgrade its Triple A rating two notches.