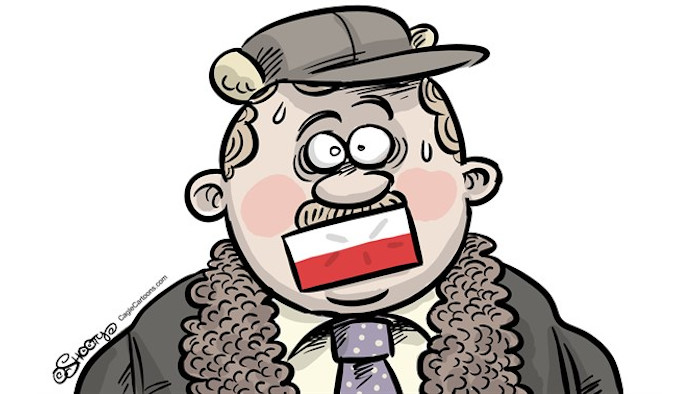 Inept Commission reaps the fruits of its passivity

The EU’s passivity in the face of methodical dismantling of the rule of law by the Polish government is a failure of European integration and paves the way for the radical right, says academic Paweł Marcisz

On the morning of the 14th of May, Warsaw waited, with great anticipation, for news coming from Brussels. Unfortunately for those seeking any closure, it turned out that the negotiations between the European Commission and the Polish government – originating from Poland’s breach of EU values regarding the rule of law – had not come to an end.

While the Commission’s proposal has been sent to the Council, there has been no movement yet on the motion. The EU procedure does not have any legal effect but, nevertheless, it has an effect on Poland’s reputation.

In the case of Poland, of course, its violation of the rule of law was referring to the actions directed against independent judiciary. 22 Member States would have to vote for the Commission’s proposal and uncertainty about the outcome of the vote is the most likely reason for the negotiations.

The known knowns and unknowns

From leaks, it is known that the Commission has given the Polish government conditions under which it will withdraw the proposal from the Council though details vary depending on the source of the leak. In general, however, they are about reversing the reforms made to (in reality acts of destruction against) the Supreme Court and common courts.

However, it is interesting that they do not concern the Constitutional Tribunal. From the very beginning (that is the past two and a half years), the Commission had emphasised that the independence of constitutional judiciary is an indispensable element of the rule of law, and that PiS’s actions violate this independence. By resigning from this fight, the Commission legitimises the coup d’état.

This is not the first failure of the Commission to act as a guardian of the rule of law. Before Poland, there has been a similar case against Hungary, but this too was met with ineffective responses from the EU; in that case, a similar pattern led to the unlawful lowering of the retirement age and the resultant exchange of judges. The Commission complained to the Court of Justice alleging discrimination against Hungary on grounds of age. The Commission won the case, and the government was forced to pay compensation to the judges, but a reversal to the changes in the judiciary did not follow.

This did not prevent the Commission from applying the same method to Poland and, in relation to the law on the system of common courts, initiate proceedings for discrimination on grounds of sex by unequally reducing the age of retiring to judges.
In the case of Poland, filing an application with the Council preceded over two years of fruitless “dialogue”; in the end, the Commission issued four recommendations, and the Polish government ignored them.

It was raised both by journalism and in academia that the EU Treaties do not give the Commission effective tools to combat violations of the rule of law. However, this thesis has been disproved by the Court of Justice. In the Associaçao Sindical dos Juízes Portugueses case, regarding the income of Portuguese judges, the court ruled that the violation of the independence of the judicature is in itself an infringement of EU law which the Commission may pursue in a complaint to the Court.

This opened the possibility for the Commission to initiate proceedings against Poland regarding actions against the justice system. The Commission did not use this option. As in the case of the Białowieża Forest (a logging initiative in Europe’s last primeval forest championed by PiS), the Court of Justice could have ordered provisional measures prohibiting Poland from implementing the judicial reforms before the final ruling on their compliance with EU law.

Reaping what you sow

From the point of view of the EU, the current passivity of the Commission is a failure of the integration project. We are now gathering the fruits of long-term resistance against strengthening integration, a planned transfer of power from Brussels to the member states. Proponents of the Europe of nations achieved a victory, paralyzing the possibility of independent action of EU institutions and making them dependent on the will of the states.

This failure of the EU institutions is, at the same time, conducive to the growth of the radical right in the member states, whose unconstitutional endeavours no one seems capable of stopping. The Union lacks political subjectivity, which would allow raising the rational and constitutional correctness against the arguments referring to democratic legitimacy that justifies any misdemeanour of the elected officials.

This is not the case today: despite being based on the values of democracy, the rule of law, dignity and human rights, the Union has been unable to deal with secret CIA prisons or Roma deportations from France. Indolence towards Hungary and Poland is – for the anti-liberal forces but also for the electorate – another confirmation of the powerlessness and lack of ideas of the current elite.

This does not mean that the situation is hopeless. On the contrary, the Union still has every opportunity to act. The Commission has prepared a draft regulation according to which EU funds will not be paid to countries violating the rule of law. The negotiations with the Polish government have come to naught, which creates the hope that the Commission will maintain a firm stance on the issue of the Constitutional Tribunal. However, the basic condition for the effective functioning of the Union is the achievement of political subjectivity by it; acting not only as a platform for agreements between states and a representative of their will, but also as an independent representation of citizens – at times even against their own states.

The article is published as part of the #DemocraCE project organised by Visegrad/Insight. It was originally published in Polish on Dziennik.pl and can be found here.