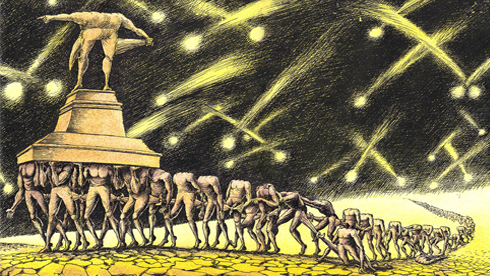 Is the Grillo bug catching?

Economic crisis, youth exclusion, discredited political parties: The situation which triggered the success of the Italian Five Star Movement could produce the same effect in southern Europe’s other countries, warns a Spanish sociologist.

The victory of Jiminy Cricket (as Beppe Grillo has always been translated in Spain, after the character in the Pinocchio story) in the recent Italian elections has once again brought to the fore the resurgence of populism, triggered by the contradictions between capitalism and democracy, that have launched a political crisis caused by financial speculation.

The situation in Greece, where its party system collapsed under pressure from the markets, has led to big gains at the polls for two populist parties at opposite ends of the political spectrum (the far-right Golden Dawn](2608201) and Syriza on the radical left, following a period of emergency technocratic government that laid out a strict financial plan for reform.

The immediate question that springs to mind is whether something similar could happen in Spain during the next elections either in 2015 or even earlier, if the current ruling party collapses? There are signs that our current democratic model is going through a profound political crisis, greatly aggravated by the serious social effects of the inequitable fiscal adjustment. Catalonia is de facto becoming independent, while its electoral majority party, Convergencia i Unió, is collapsing at the polls.

The Socialist Party also risks a looming schism, while its leadership is being shown as incapable of reorganising themselves, or exercising any sound opposition, or recouping the slightest electoral credibility. The discredited ruling party is teetering between distrust and helplessness at the inability of its leadership to come clean on the many cases of corruption ensnaring it. And, meanwhile, civil society is turning its back on both the institutional elite and the political class, as revealed by the waves of mass demonstrations by the middle classes. That is why it would be no surprise if the next elections in Spain are won by a populist candidate in the style of the Five Star Movement (M5S).

Indeed, as many observers are beginning to realise, the Beppe Grillo phenomenon should not be interpreted as the tale of a contemporary Pied Piper, able to dazzle unsuspecting children, but rather the opposite: a figurehead chosen by a pluralistic social movement to bind and package up in one kit the heterogeneous voices emerging from civil society that are rejecting the political class. The groups which most resemble the Italian Five Star Movement, are the Spanish 15-M movement of “indignados”: the Rodea el Congreso (Surround the Congress) of the September 15 movement and the Stop Evictions of the PAH. They echo them as much by their age and social background, which are educated and professional middle class youth, as by their tools for organising and mobilising, through IT social networks and the occupation of public places.

Populism is just like cholesterol, you have to distinguish between the good and the bad. Good populism is akin to a universalist social capital that builds positive confidence, while the bad is particularistic social capital that gives off negative distrust. Bad or negative populism is the populism of Berlusconi and other leaders like him: a mafia godfather who kidnaps his followers to exploit them for his own ends. Good or positive populism (as theorised by Ernesto Laclau) is that of the “Girotondi” [the Italian street protestors who playfully encircled state buildings], the “indignados”, the 15-M and the M5S. It is a universalistic and inclusive movement capable of articulating and interconnecting a plurality of heterogeneous social networks in order to organise them into a single collective mobilisation that is willing to together speak for civil society as a whole.

The specific difference that distinguishes the Italian case from the Spanish is the existence of Beppe Grillo as a theatrical mask: a collective spokesperson acting as a ventriloquist for the social movement. A role that no one has been able to play in Spain.

One might say that Beppe Grillo is no more than a clown – or no less, according to the German Social Democrat candidate for the federal Chancellery. In fact, he is a speculator who has opted to play politics, and has won – just as financial speculators lay their bets in the roulette wheel of the market. If you admit that speculation is inherent in the logic of the financial market, why not also admit that speculative populism is also inherent in the democratic logic of the electoral game?