Cartoon Draghi I government in Italy 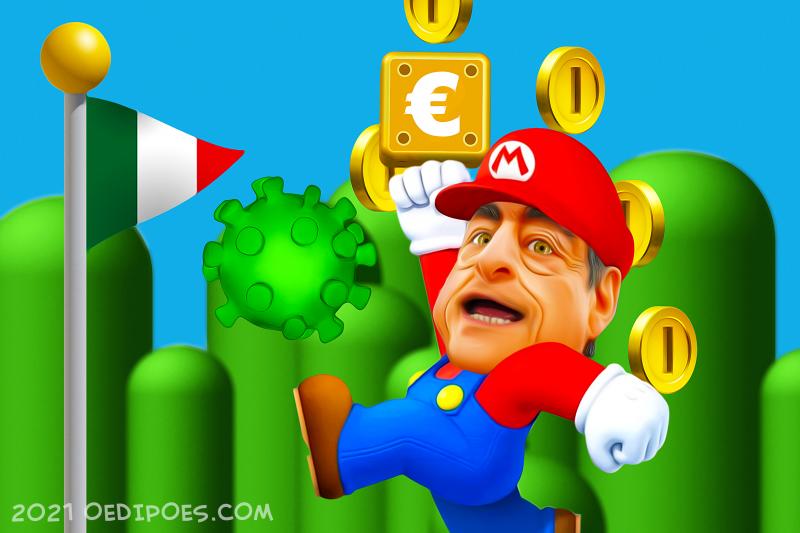 Cartoon Draghi I government in Italy

On 13 February, pro-European Mario Draghi presented his government of national unity, aiming to bring Italy out of its current political crisis. This crisis was triggered a month earlier when Matteo Renzi withdrew support for the Giuseppe Conte administration. Conte was forced to resign after the break-up of his coalition.

Draghi, the former president of the European Central Bank, will enjoy a large parliamentary majority thanks to the support of nearly all the country's political formations, including Matteo Salvini's far-right League and Silvio Berlusconi's centre-right Forza Italia.

Draghi now needs to win a confidence vote in the Parliament. His programme focuses on measures dealing with the severe economic and health crisis. These measures include spending 209 billion euro of European funds (10 percent of GDP) allocated to Italy as part of the European recovery plan adopted last July.

You can unsubscribe at anytime *
Categories
Member StatesPolitics and democracyItaly