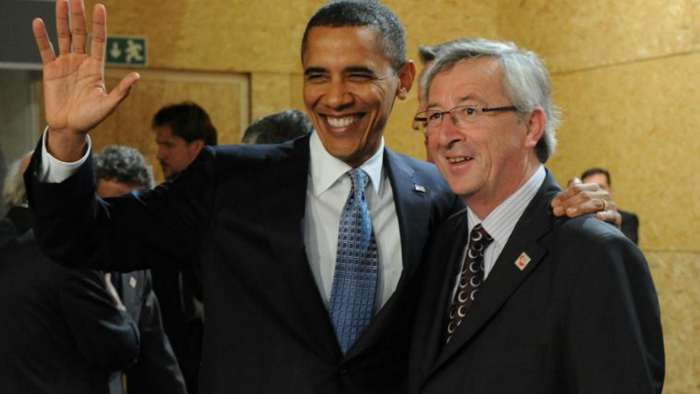 If you follow what is happening in Brussels, most specifically where the European Commission has been going within the past year, you may have noticed that the European Union seems to have taken an ultraliberal turn. Its decisions and ideas are becoming increasingly ‘Americanized’ and Jean Claude Juncker, President of the Commission, is at the helm.

Recently, the controversy over European Copyright laws, more specifically the so-called Reda Report, put Jean Claude Juncker’s ultraliberal ideas under the spotlight once again. The Reda Report, what seems to be the product of Juncker’s impulses, is inviting EU countries to adopt copyright laws that are more similar to what is being done in the U.S… and the repercussions for authors and artists are not looking too good.

The need for a more homogenized copyright reform was expressed by Juncker, who appointed Pirate Party’s Julia Reda to take on the task. The report wasn’t well received, especially among the writers, artists, and publishing professionals who feel directly threatened by what Julia Reda is suggesting. To many, the Reda Report was inspired by American copyright laws. Reda’s report fails to recognize Germany and France’s influence on shaping European-friendly laws.

The debate isn’t about ‘the old continent vs. the new one,’ but it is hard to understand how the European culture, which has been a driving force for so long, could resist un-adapted laws on copyrighting that are threatening creativity. Through the Reda Report, Juncker seems to want to place copyright laws as a limited economic right when, in Europe, it is a fundamental right.

Changing that within the European cultural world would mean weakening the artists, writers and all those who work in the field of creation and publishing. The American approach on copyrighting may work well for the U.S., but they are not well adapted to European countries, which wouldn’t benefit from it.

Juncker seems to have a history with making controversial decision. Only a few days after the former Luxembourg Prime Minister became President of the European Commission in November 2014, the LuxLeaks scandal throughout the nation. Luxembourg’s unfair and hidden tax avoidance practices were finally exposed to the public, but Juncker have never been bothered or questioned by the Luxembourg justice system, which seems to be more occupied with going after those who merely exposed the scandal.

After that mess, does it make sense that Juncker now leads the Commission? The Luxembourg Government led by Juncker at the time was helping companies transfer tax liabilities for billions of Euros to Luxembourg where the income was taxed a fraction of 1%. Poor timing for Juncker, who was making a speech just a few months earlier in Brussels promising to ‘try to put some morality, some ethics into the European tax landscape.’
At least the scandal led the European Commission to take some action on the European tax landscape, but many still doubt if Jean Claude Juncker is the most qualified to lead this commission.

Several times, the press has compared the “Juncker style” to the “Obama style.” Juncker conducts himself very informally, to a point that’s shocking to some European leaders. This past May at the EU summit in Riga, Latvia, the press caught Juncker greeting EU leaders in a rather unusual way, some of which even questioned his sobriety. While that is perhaps not comparable to the ‘Obama Style’, Juncker was seen trying to convince Greek Prime Minister Alexis Tsipras to wear a tie by offering his own piece. Tsipras, in the middle of the still ongoing Greek crisis, didn’t seem to appreciate the gesture. Karl-Heinz Lamberts, Speaker of the Parliament of the Belgian German-Speaking Community, also didn’t appreciate Juncker’s remarks on his weight while patting his belly.

But the most shocking incident might have been when Hungarian Prime Minister Viktor Orbán arrived and Juncker addressed him as ‘dictator’ with a slap on the cheek. While Juncker’s public relations representative called the actions a ‘joke,’ the people of Hungary did not take it as such.

It has become clearer as to why Juncker would want to look to the other side of the Atlantic to model his laws and regulations, as his friends in the EU seem far and few between. We now simply wait in anticipation for the next plan that Juncker has in mind for the European Union and if he is able to lead it successfully… and for how long.