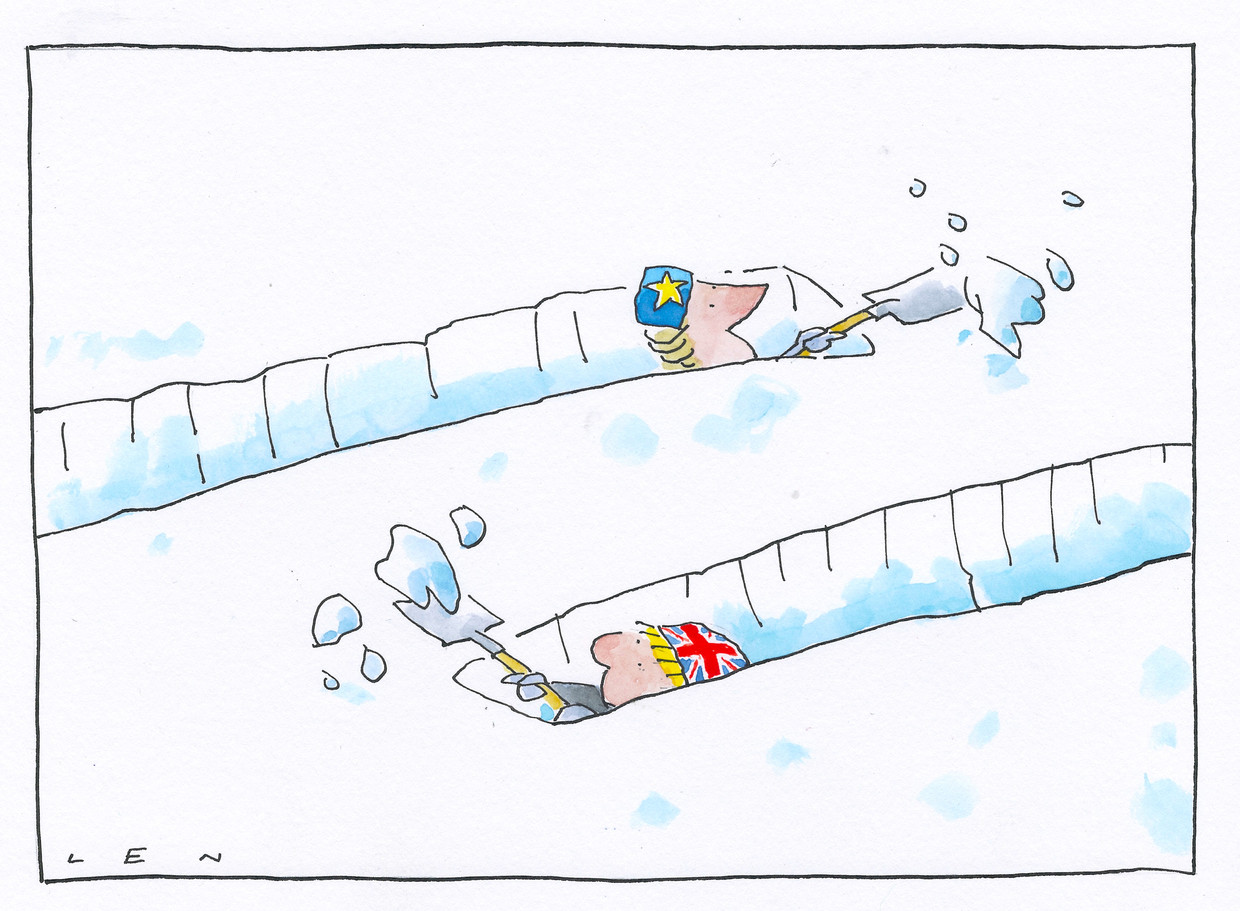 Can supply disruptions caused by Hard Brexit be avoided?

Who exports and who imports? A German economics think tank, the Ifo institute, has looked at the interdependencies between the EU and the UK.

The United Kingdom officially left the European Union in January 2020. In practice nothing has changed since then, since the year was intended to be a 'transition period' to decide the rules of London's divorce from Brussels. The period ends in a few days' time, on 31 December 2020. With or without an agreement? It is up to the two capitals to decide. The two parties should have reached a compromise a few weeks ago, allowing the text to be ratified on both sides of the Channel before New Year's Eve. But on the issues of state aid, dispute management, and the European fishing industry, there are still many points of disagreement.

After several weeks of intense discussions, the EU indicated on 13 December that the talks would go on because a compromise had not been found. But a new deadline was not given. The two opposing teams are in the following positions: Boris Johnson is defending tooth and nail the restoration of British sovereignty and opposing the EU's every attempt to keep the UK in its orbit; meanwhile, the EU is refusing to facilitate the UK's departure so as not to incite other member states to follow the same path. The positions seem irreconcilable. But the two economies are so interdependent when it comes to trade in goods that each has a vested interest in an agreement to limit the damage. Hence the complexity of the discussions, and the difficulty of bringing them to a conclusion.

A German economic research institute, the Ifo institute, recently published a paper assessing these interdependencies in detail. "In 2019, 50% of British imports and 47% of exports were traded with the EU", the authors note. However, from this observation alone it is impossible to predict the concrete consequences of the UK's exit from the EU. To get a more detailed picture of the possible disruptions in supply chains on both sides of the Channel from January onwards, the report therefore focuses on so-called "dependent" products, i.e. those for which a country obtains supplies from no more than five other countries. This amounts to asking: what are the goods for which the EU and the UK will find it hard to find another supplier in order to avoid suffering the full brunt of Brexit?

In France only 12% of imported products, and in Germany only 11%, are said to be "dependent". "For Belgium, Spain and Italy, the proportions are slightly higher, but remain moderate, in the order of 17 to 21%. The UK belongs to this group, where less than 20% of products are imported from a maximum of five supplier countries", notes the Ifo Institute. However, behind this similarity lies a difference with far-reaching consequences: almost two thirds of British “dependent” products come mainly from the EU, whereas the European states import only in the worst case 7% of their products from Great Britain, once Ireland is excluded. For Ireland, which is obviously much closer to London, the proportion reaches 30%.

Brexit will thus disrupt British supplies much more severely than those of the EU. And this even if an agreement is finally signed. "A deal is not going to solve everything, far from it. Major delays in supply chains are to be expected whatever happens, due to the new border controls for all goods exported to or imported into Great Britain", pointed out Lou-Eve Popper in November 2020 in Alternatives Economiques. One of the solutions for London is to open up more to the rest of the world. However, this dream of the British Conservatives is still struggling to come true.

Although the UK risks paying the heaviest price for Brexit, Europe must be careful not to claim victory too quickly. Indeed, most of the goods for which Europe is, according to the Ifo definition, dependent on the UK are intermediate goods. In other words, components that are used to manufacture other goods, as opposed to consumer goods that can be sold directly to a final consumer. Although they are few in number, the disruption in the supply of these products may therefore have consequences for other manufacturing chains where they are the cogs, in vehicle construction for example. In the case of Germany, on which the Ifo focuses, 73% of dependent supplies from the UK are intermediate goods.

European countries obviously have relationships of different intensity with the UK. Thus, Spain is the country whose "dependent" products have the highest exposure: 7.5% of the "dependent" products imported by Spain are imported mainly from the UK. France and Greece come next (6.4%), then Italy (5.8%). Germany (5.1%) is advantaged by imports which are more open to non-EU countries.

The authors also look at the so-called “complete dependencies” that exist between the two zones, i.e. products that for the EU are imported only from the UK and for the UK are imported only from the EU. For these products, substitution to circumvent the new trade barriers erected by Brexit is likely to be very complicated. In Germany, for example, nine products are exported only from the UK. These include chemicals, animal and vegetable fats and oils, and a component used in the nuclear industry. Once again, these are all intermediate goods, whose delays in supply or rising costs after Brexit threaten to have an impact on entire sectors. The UK, for its part, imports 53 types of goods from Germany alone, most of which are chemicals.

👉 Read the other articless of the Towards Brexit series.