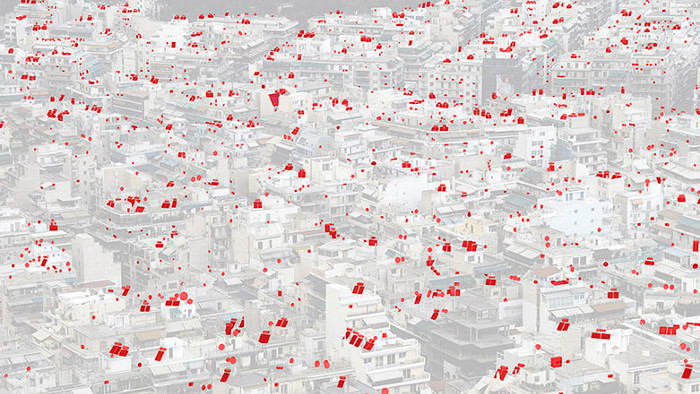 The current challenge is not just combating the rise of nationalism and far right extremism, but also taking back democracy from technocracy’s cold and ineffectual grasp.

Greeks are remainers. And they like to vote. These are the only two certainties. It seems like decades have passed since the divisive referendum of 2015, when Greeks rejected the additional austerity measures demanded mainly by Germany and the International Monetary Fund in return for an extension to the provision of bailout funds. Back then, prime minister Alexis Tsipras declared that Greece “has proved that democracy cannot be blackmailed; Greece has made a brave choice and one which will change the debate in Europe”. As It turned out, he was wrong.

A third economic adjustment program for Greece, slightly less painful than the previous two, started on 19 August 2015 and wrapped up on 20 of August 2018. In total, the country received 61.9 billion euros of financial assistance from the European Stability Mechanism (ESM). The conditions attached to this financial assistance included several austerity measures and structural reforms that Greece successfully implemented in order to address its economic challenges. After 2015, people in Greece realised that the EU is like Hotel California: you can check out, but you’ll never (want to) leave.

While the intense confrontation between the government (SYRIZA) and the main opposition party (New Democracy) in recent weeks has been an unpleasant spectacle, it comes as no surprise. Greece, at present, is always heavy on unnecessary drama. Everything becomes deeply personal. These are elections where the focus is relentlessly domestic: essentially, Europe is not the issue at all. Both Prime Minister Alexis Tsipras and New Democracy leader Kyriakos Mitsotakis (who is leading in all the polls) have taken off the kid gloves.

Instead of talking about actual issues, they prefer relentless mudslinging, and talk of scandals and corruption. This can be explained by the Greek political context. We haven’t gone to the ballot since September 2015, and the next parliamentary elections are not too far away (next October). Even if Mitsotakis retracted his line about the European elections being a referendum on SYRIZA’s performance, everybody knows this is nothing but a rehearsal for the main battle of the national elections.

As when the far right looks set to make big gains in Europe, and as the center-right cedes ground in order to keep its base and minimize losses, there is no doubt that the outcome of Spain’s recent election gave some hope to the broader center-left. A stronger southern European country than Greece elected the Socialist Party to lead the government, and the result allows other left-wing factions to join the government. The right-wing People’s Party took a nosedive. Estimates also suggest that Spain’s far-right threat worked in favour of the left. Taking a page out of the Spanish playbook, SYRIZA hopes to entice KINAL’s (successor to the socialist PASOK party) disappointed voters by presenting New Democracy as neoliberals increasingly veering towards the far-right. The key to Tsipras’ rebranding strategy is to become the leader of a so-called “progressive alliance” of the Left, preventing the “restoration” of the corrupt old establishment.

Turnout is expected to be higher than in 2014 (59.33 percent). A total of 21 MEPs will be elected by Greece in the upcoming European elections. This year, they coincide with the first round of local elections. The European vote will be one of four votes that day (the other three are for local elections). 17-year-olds will be eligible to vote for the first time, as will 500,000 more citizens than in 2014.

Apart from this “tale of two parties”, a crucial element will be the neonazi Golden Dawn’s share of the vote. The party’s criminal trial, nearing its conclusion, is considered one of the most important trials in modern Greek history. It has been described as the “biggest trial of fascist criminality since Nuremberg”, a unique penal trial of 69 defendants, including 18 members of the Greek Parliament elected on the Golden Dawn ticket.

However, the current challenge is not just combating the rise of nationalism and far right extremism, but also reclaiming democracy from technocracy’s cold and ineffectual grasp. Social and political control, accountability, popular participation and enfranchisement, information but not disinformation, reducing inequalities and social justice: all absent from campaign discourse, where economic issues tend to prevail.
Citizens from 27 countries in the world’s second-largest democracy will vote in a decisive election that will shape their common future for the years to come. The night seems dark and full of terrors. Let’s hope there are no dragons.