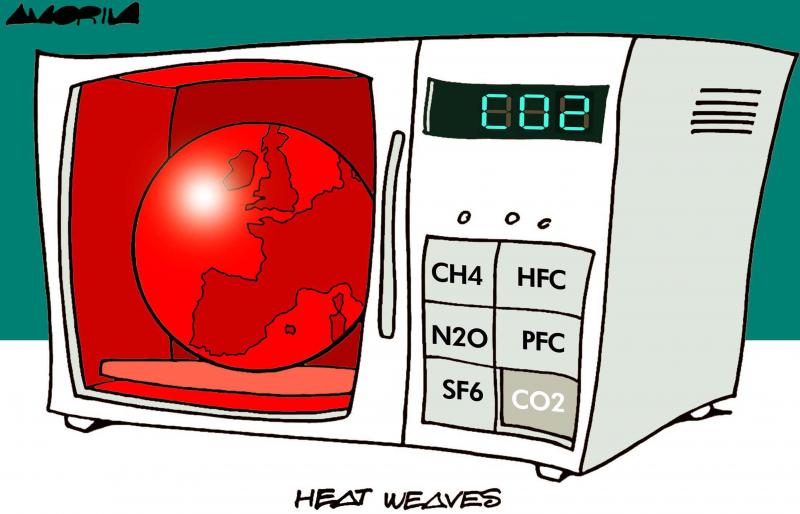 In the hot seat

July 2022 is set to beat European records for high temperatures and fires: Western Europe is in the grip of a heatwave that has hit Portugal, Spain and France, and led to unprecedented conditions in Ireland and the United Kingdom, with temperatures reaching 40°C in the shade. This second heatwave, on the heels of June’s unexpectedly high temperatures, could prove worse than 2003’s one, which caused almost 70,000 deaths in Europe. As a result of the drought and extreme heat, severe forest fires have devastated several regions of the Iberian Peninsula, Greece and France.

👉 Discover the Scorched earth investigation on forest fires in the Mediterranean

According to a study published in the scientific journal Nature, Europe appears to be a “hotspot” for heatwaves. Their intensity and frequency has increased “three-to-four times faster” over the last 42 years than in regions at a comparable latitude and altitude. This trend arises from natural phenomena, such as variations in atmospheric and oceanic currents, interactions between land, sea and atmosphere, and sea temperature. However, it is also the result of climate change due to greenhouse gas emissions from human activity. These emissions “increase the intensity and the frequency of heatwaves and “can affect natural variables”.