investigation Report Migrants stuck at Europe’s borders | Bosnia and Herzegovina
Bihać, Bosnia and Herzegovina, 12 February 2021. Following the closure of the Bira camp in September 2020, around 150 migrants from Afghanistan are living in an abandoned former KrajinaMetal factory in extremely precarious conditions. | Photo: Jeanne Frank 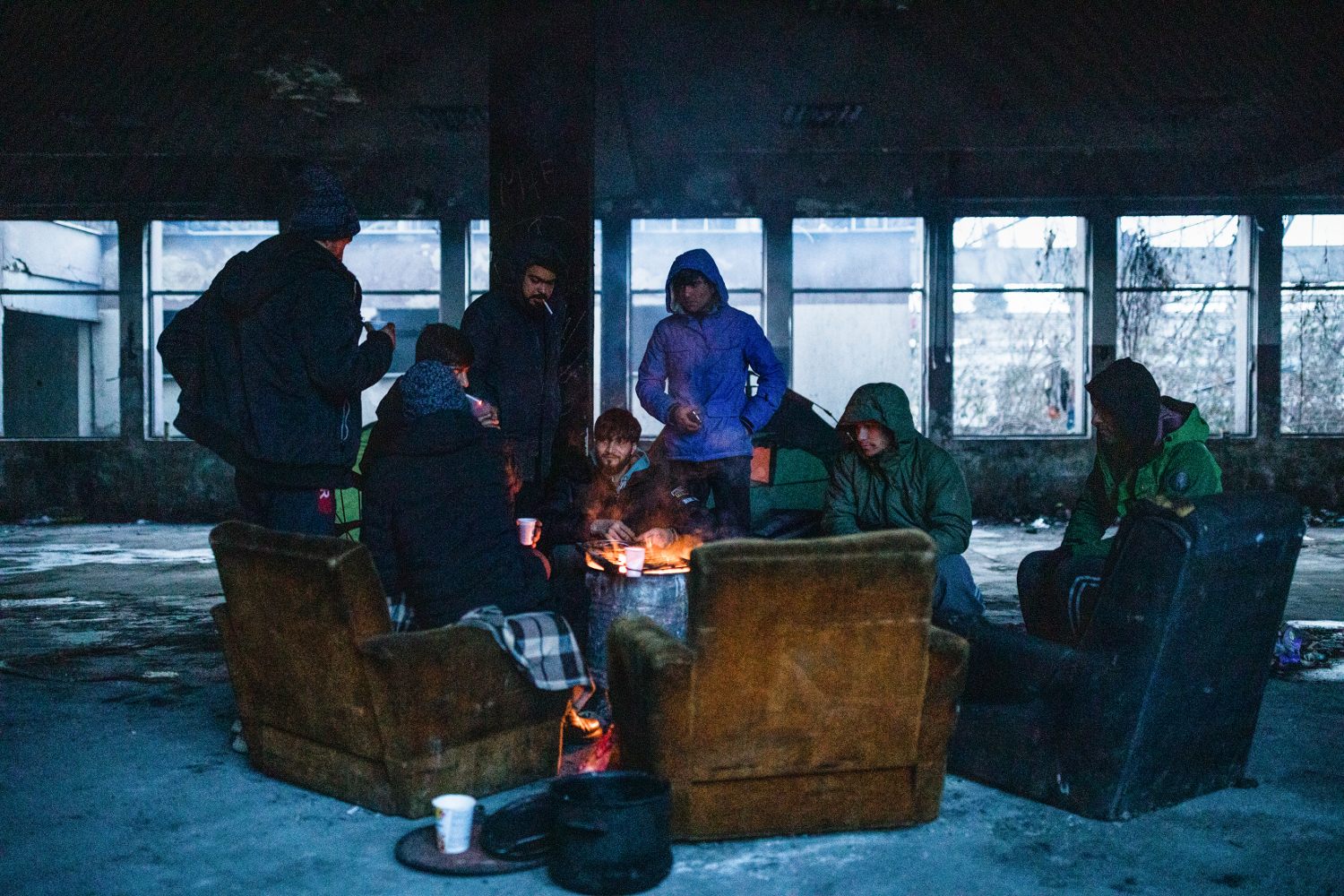 As entering the European union in Croatia has become more difficult and dangerous, migrants who have arrived in Bosnia find themselves stranded. Having exhausted their resources and with the Bosnian government preventing NGOs from assisting them, they survive on odd jobs or sink into apathy and drugs.

Bihać, Bosnia and Herzegovina, 12 February 2021. Following the closure of the Bira camp in September 2020, around 150 migrants from Afghanistan are living in an abandoned former KrajinaMetal factory in extremely precarious conditions. | Photo: Jeanne Frank

It is night in Sarajevo. Tall grey buildings surround the square of the main bus station and the lights of the “Zmaj” ćevapčići (grilled minced meat) and coffee shop are fading in the dark. A small group of volunteers from international organisations quietly arrives and waits for the last run from Tuzla. It is cold and the movements seem to be slower and heavier. A group of fifteen people plus three children between five and ten get off the last bus. They started their journeys in Afghanistan, Pakistan, Egypt and they are now looking for a place to stay for the night.

The volunteers quietly approach the newcomers and try together to work out a way to find safe accommodation. “IOM [International Organisation for Migration] usually does not provide assistance to single men on the way, they just take families, but not many”, says Salma, a volunteer from Spain working for Basis BIH. Volunteers start to call the other support group in the city, and after some discussion they split up, each one accompanied by two or three people. Breaking the quiet of the cold night, imams start chanting the call to prayer from the minarets standing tall against the sky.

2. On both sides of the Polish-Belarusian border, a solidarity that defies persecutions

In the west side of the city near a large mosque, some volunteers unload their truck and set up a stand to provide clothes for the migrants stuck in Sarajevo. At night, they distribute sleeping bags for the harsh winter. “We also arranged some abandoned houses with stoves and repaired some walls so that people stuck here may have a chance to sleep under a roof”, says Hans, a young volunteer from Germany. Some of the people arriving at the distribution have scars on their faces or hold their arms in sign of pain. They just came back from the Croatian border, having been pushed back by Croatian police forces.

“If you feel comfortable you can try to explain to us what happened during your last attempt”, says Anja from Border Violence Monitoring Network , to a migrant. BVMN is an organisation based in Germany whose aim is to gather as many testimonies as possible of the illegal pushbacks regularly happening at the borders of Europe. By December 2020, BVMN published The black book of pushbacks in which there are gathered more than 12.000 testimonies of police brutality. Moreover, recent reports estimate that since the beginning of the pandemic around 18,000 people have been pushed back at the eastern borders of the EU, mostly by Croatian police.

More : The spectre of war looms over Bosnia again

Over the years the “violence has become more and more sophisticated”, says Simon of BVMN. “At first, police forces were attacking people. But now border patrols, and especially Croatian police, have started practising specific and brutal tactics aimed at terrorizing and really hurting people”. Tactics range from driving people back at the border, where there are police units dressed in black uniforms with ski masks waiting in forests to beat them with sticks and other tools, to undressing migrants during cold nights and forcing them to go back to Bosnia without shoes and jackets.

Such systemic violence was exposed in late November when the European Court of Human Rights ruled Croatia guilty of causing the death of a six-year-old child after she was pushed back together with her family.

Back at the main bus station,  two reporters of BVMN are seated at a small table in a kafana (coffee shop) with Jahoul, a 23 year old from Morocco. He wears a cap and a big black jacket and slowly drinks a steaming cup of coffee. One of the reporters, Maria, asks questions about what happened to him when he tried to get to Italy. It was night, he says, when he crossed the Croatian border in mid-April with his two friends. Wary of being signaled to police forces, they quietly moved through the forest to avoid contact with locals.

“You can see a weaponisation of the environment. Rivers and mountains are deadly landscapes which migrants are forced to go through if they want to continue their journey, given that Europe has tightened border controls”

They walked for ten days before they “arrived at the Slovenian border where there was a river to wade across”. He refers to the Kolpa river, very dangerous during springtime, due to snowmelt from the nearby mountains. “We started to walk, and at halfway one of my friends got caught by the water: we saw him going away from us”. The reporters ask if he saw him again, and Jahoul just shakes his head. “We managed to cross the river, but we were too exhausted to continue. We saw the police coming but we couldn't move, we were still thinking about him. We got caught and then pushed back by the Slovenian police”.

“You can see a weaponisation of the environment. Rivers and mountains are deadly landscapes which migrants are forced to go through if they want to continue their journey, given that Europe has tightened border controls”, says Simon.

Police violence is ever present in the region. Its signs are visible on the faces and bodies of the people on the move. However, this is just one form of violence used at the EU’s borders to prevent migrants from entering. Another, directly correlated, is the uncertain and precarious condition in which hundreds of migrants find themself stuck once arrived in Bosnia. In one of the abandoned buildings reconfigured as shelter, Amin pours out his frustration as he tries to describe his situation in Sarajevo: “I have no job, no home, what can I do?! Of course I steal! Of course I use drugs!”

More : The apocalyptic clock ticking inside me

Some migrants are still in the country having arrived here more than a year ago with the intention of crossing the border. “In this environment some people tend to fall into drug addiction. They may use MDMA or Lyrica, a medicine usually used to treat anxiety. However, it has side effects such as dizziness and sleepiness, it may also cause suicidal thoughts and, if taken in high doses, produces addiction”, says Andrea, a volunteer for Basis BIH.

Some volunteers have reported cases among migrants of overdose due to Lyrica. That is what happened in February 2019 to Karim, a young Algerian who was sent to the local hospital in a coma. Friends from the migrant community in Sarajevo, and volunteers, visited him regularly, and even his uncle who lived in Italy came to see him. Karim died in early April. The volunteers contacted Karim's uncle so as to start the process to return the body to his home in Algeria. Over the years there has been a trickle of deaths due to overdose. They leave families to endure the loss of loved ones from abroad, and local friends to cope with an extra emotional burden amid an already re unsustainable atmosphere.

Recently the situation has been exacerbated by the Bosnian government. Just before the pandemic, Bosnia issued a set of regulations which prevented international NGOs from working to support people on the move, be it with food, clothes or shelter. At the end of May 2019 the clampdown on NGOs came in the form of a raid at the Community Centre in west Sarajevo. It was a place where people could find food, clothes, hot tea and medical support from various organisations. “More than twenty police officers came there and evicted the whole place.

More : I don’t write about war because I want to, but because I have no choice

“They brought volunteers to the police station for questioning and then five of them were banned from the country”, says Giacomo, a volunteer for Aid Brigade, who was there and saw what happened. Later in the same week, a house hosting volunteers in the Bjela neighborhood in east Sarajevo was raided by police forces. After the police came to the apartment, several people belonging to various organisations were banned from entering the country for 1 or 2 years. Today few organisations remain to provide for the most basic needs of people on the move. 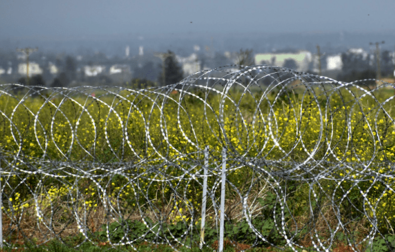 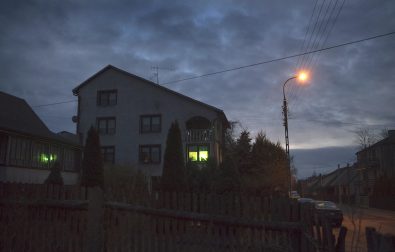 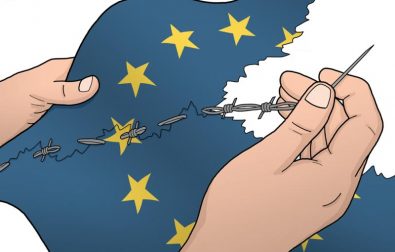