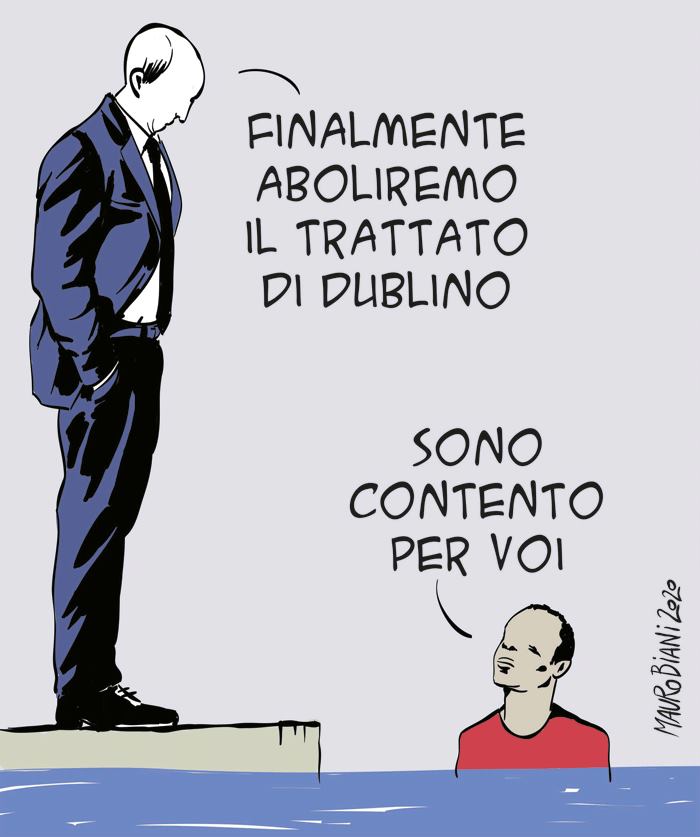 “We are finally going to abolish the Dublin Treaty.”

On 23 September, the European Commission presented the “New Pact on migration and asylum”, which is supposed to replace the Dublin Regulation, which governs the right of asylum in the EU and is increasingly under fire.

Adopted in 2013, the regulation stipulates that asylum applications must be examined be examined by the EU country where the applicant first set foot. The vast majority of applications are thus being dealt with by southern countries (Spain, Italy, Greece).

The new plan focuses more on solidarity on repatriation and deportation for those whose asylum demand has been rejected than on welcoming or relocating asylum seekers and refugees.