Cartoon After the MH17 report 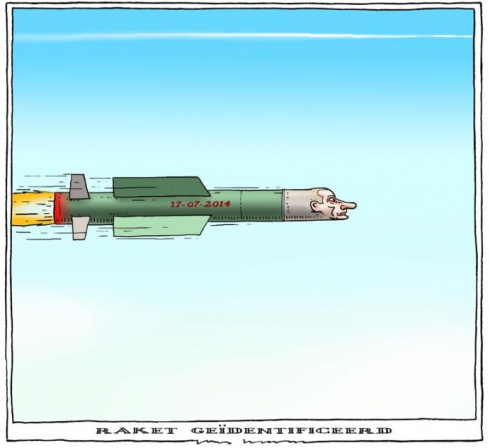 Cartoon After the MH17 report

In the wake of the publication of the Dutch Safety Board report on the crash of the MH17 flight above Eastern Ukraine, the Dutch press has been calling for the people responsible for firing the Russian-made Buk missile that downed the Malaysia Airlines liner to be put on trial.

NRC Next says that –

We know now one thing for sure: flight MH17 wasn’t shot by a gun of an Ukrainian SU-25. Although the Russians have always claimed otherwise, there wasn’t a military plane in the area at the time of the crash

And Trouw believes that bringing the perpetrators to trial –

will not be easy. Moscow is already speaking of a ‘biased report’ and continues to claim that Ukraine was behind the attack.