Cartoon The EU and the US-Iran tension 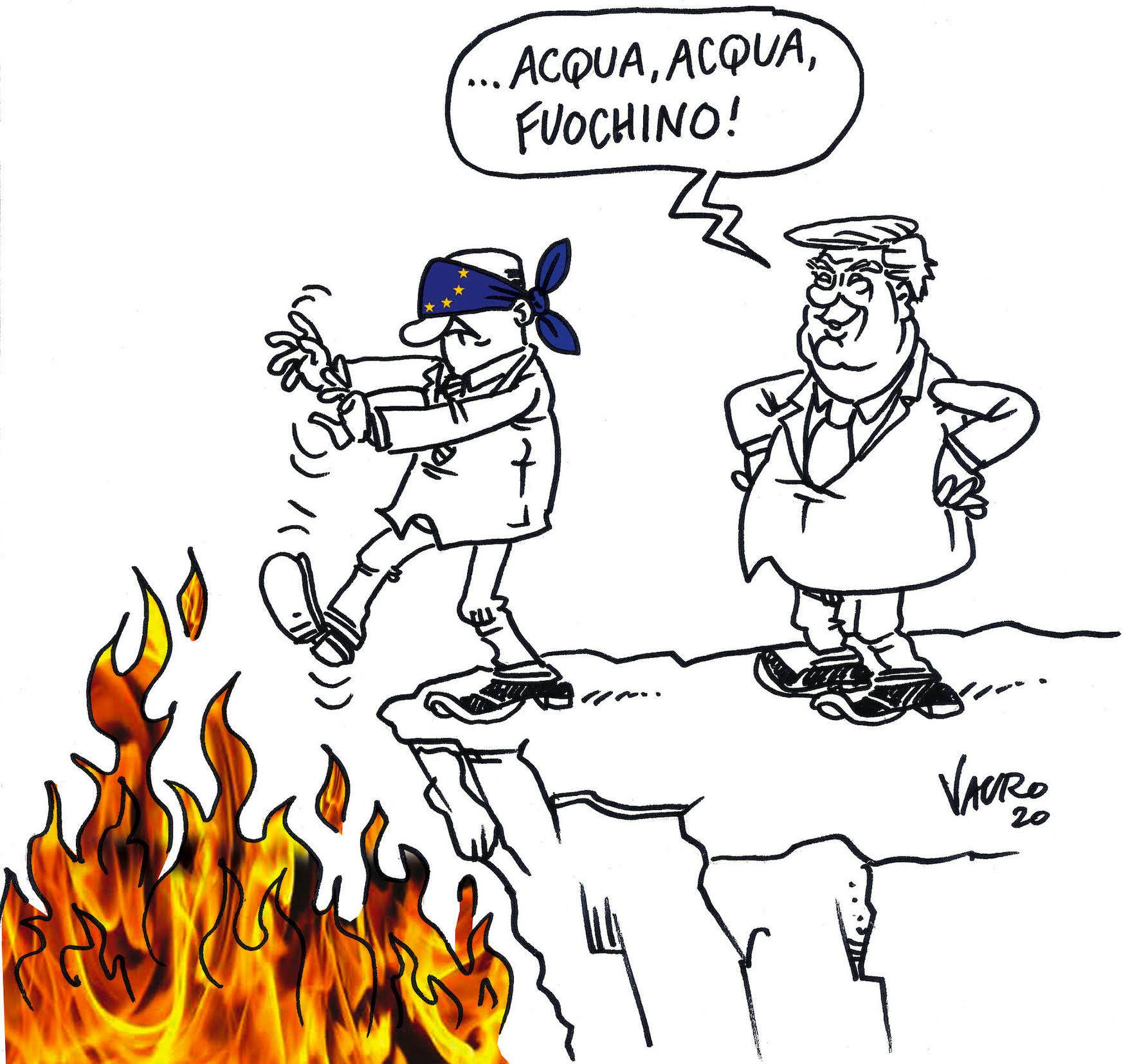 Cartoon The EU and the US-Iran tension

Moving forward in the Middle East

By ordering an airstrike that killed Iranian General Qassem Soleimani on January 3 in Baghdad, the U.S. President has shaken up the Middle East and put the European Union in an awkward position.

While Commission President Ursula von der Leyen deterred Teheran from retaliating, EU diplomacy chief Josep Borrell invited his Iranian counterpart to Brussels, in order to salvage the agreement on Iran's nuclear programme and avoid an escalation between the US and Iran.