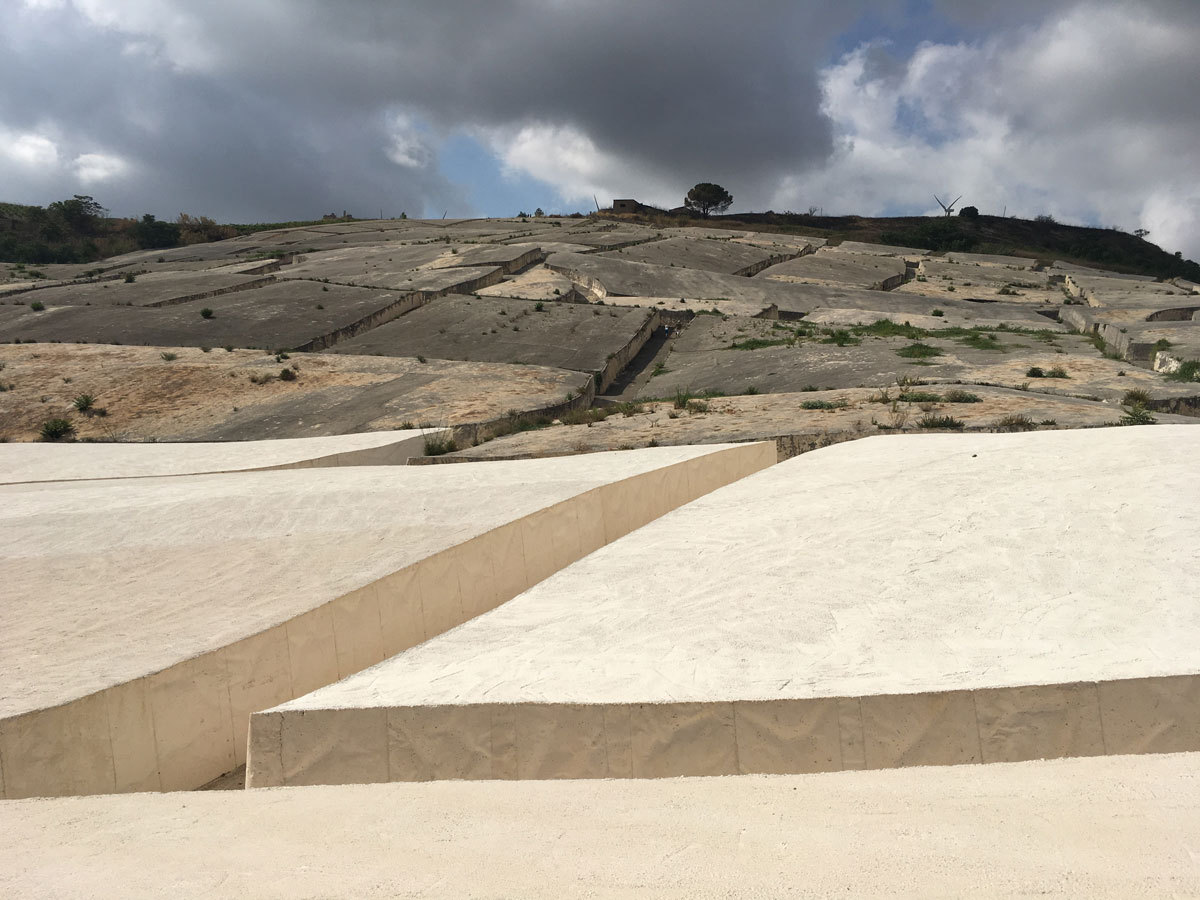 New infrastructures for a new idea of Europe

The fourth episode of the European Pavilion Podcast is dedicated to the physical and conceptual foundations for a new narrative of the EU.

"The Great Cretto", a landscape artwork undertaken by Alberto Burri in 1984 in Gibellina, Sicily

The fourth episode of the European Pavilion Podcast is dedicated to the analysis of what can be built, physically and conceptually, to create a new narrative for the European Union.

It features a panel discussion with Rodrigo Bueno Lacy, a researcher in political geography, Lena Dobrowolska and Teo Ormond-Skeaping, two artists involved in the fight against climate change, Eglè Rindzevičiūtė, a sociology teacher, and Benedikt Stoll, an architect.

The guests share their thoughts about the idea of “progress” at the foundation of the EU, and discuss whether it should be replaced. Then, they wonder about European identity and what are the infrastructures of the European landscape that define it. Finally, they call upon a reconceptualisation of Europe that incorporates the notion of “flexibility”.

The idea of Progress

First, the guests put into question the idea of progress. According to them, this concept has to be rethought and reconfigured. It must adapt to modernity. Rodrigo Bueno Lacy, researcher in political geography at the Centre for Border Research, says: “I would like to see the humanistic values, the universal values that the European Union endorses in the preamble of the Treaty. I would like to see these values translated in terms of space, in terms of housing, in terms of schools, in terms of nature…”.

The interviewees bring to the table of discussion the vision of an “old” Europe that was built to achieve economic prosperity after the Rome Treaty of 1957. For Lena Dobrowolska – an artist who brings people to reflect about climate change through different mediums – the idea of progress is a misleading one: “In Europe we focused too much on thinking that we are experts in terms of progress, and have not learned from countries in the Global South like Bangladesh and listened to indigenous communities about the sort of technologies and knowledge which they have been using for thousands of years, to live in a sustainable way”.

Could Europe perhaps be suffering from hubris? Should the European Union question the image it’s showing?

The public image of Europe

How do Europeans perceive the European Union? The policy report “What a feeling!? How to promote ‘European Identity’” by the European Network for Economic and Fiscal Policy Research tracks down the evolution of the sense of European belonging  among EU citizens from 2002 to 2017: its findings show that European citizens have always put their national identity before the European, and do not fancy the reverse.

This episode revolves about how to build, physically and literally, the image of the European Union. A parallel is drawn between the sportive infrastructure (basketball fields etc.), and the sports themselves. While using the sports fields, people find themselves becoming part of a team. Sports create a feeling of unity, as we can see these days with the Euro 2020 championship. People from every country gather around, even as expats, and share for 90 minutes a feeling of togetherness. The suggestion here is to build, physically and conceptually, a new storytelling, in the same vein as what the EU is doing these days with the Conference on the Future of Europe. As Lore Gablier quotes from The Great Derangement by Amitav Gosh, “what we cannot imagine, we cannot tell, therefore we cannot change”.

With a view to go beyond the foundations of an obsolete Europe, the guests put the emphasis on flexibility for the future European infrastructures and ways of thinking.  They call upon an exhaustive definition of the concept of movement: moving to, and moving forward.

The so-called “migration crisis” scratches the very same definition of humanistic values that Rodrigo Bueno Lacy mentions at the beginning of the episode: the European Union should be open and welcoming. So here, flexibility in the literal meaning of “adaptive movement” is highlighted.

Lena Dobrowolska advocates for movement in the domain of activism: Europe should remain active regarding its new objectives - cannot be pursuing economic growth anymore - like tackling climate change and achieving gender equality. It has to continue fighting and evolving, to “keep moving” and avoid starting to drown slowly in a comfortable inertia.