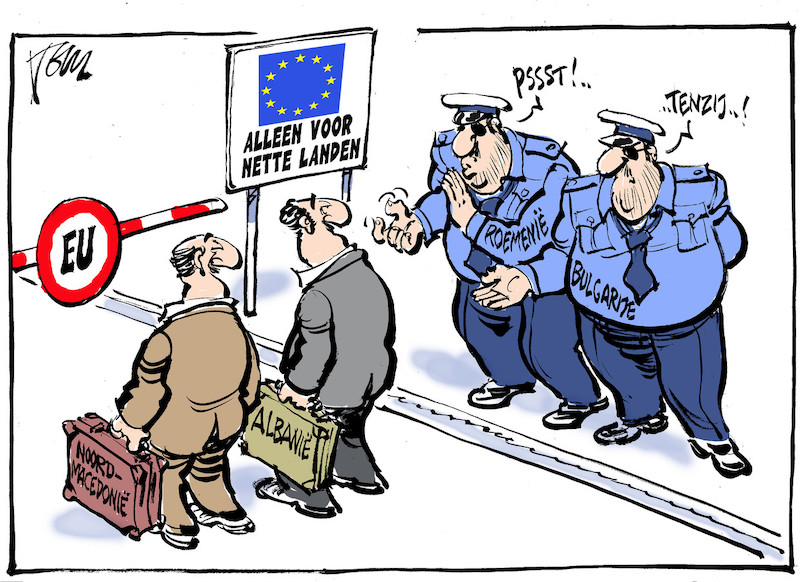 On the sign "Only for clean countries"
Second customs officer (Bulgaria)"...unless..."

The EU leaders decided on 18 October to postpone the date of opening of accession negotiations for Albania and Northern Macedonia. The Netherlands, Denmark and in particular France have opposed further enlargements of the Union – a decision that must be taken unanimously by the Member States – in the absence of a reform of its functioning.

European leaders have expressed their bitterness, while the rejection is perceived as a severe snub in the countries concerned, especially since it is apparently not the state of their preparation that is being called into question.