Cartoon Migrant crisis in the Mediterranean 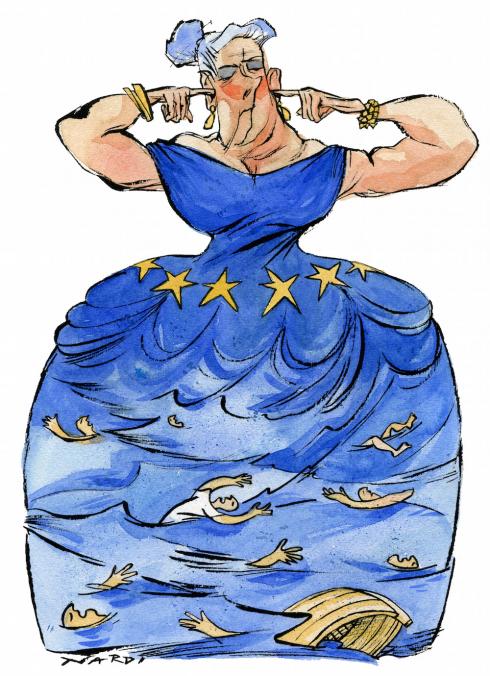 Cartoon Migrant crisis in the Mediterranean

On 7 October, Operation “Triton”, a mission monitoring migration routes in Italy, was joined by Operation “Sophia”. It consists of intercepting smugglers in international waters, arresting and chasing them and boarding their boats, using the force if necessary. “Sophia” can boasts nine warships and 1,300 operatives, taking takes its name from a little girl who was born while crossing the Mediterranean.

Since the beginning of the year, 564,000 people arrived in Europe via the Mediterranean and some 3,000 died en route, according to the International Organisation for Migration.

This cartoon by Marilena Nardi was awarded the first prize for the best cartoon on Europe published in Italy, given during Internazionale’s festival in Ferrara, on 4 October.