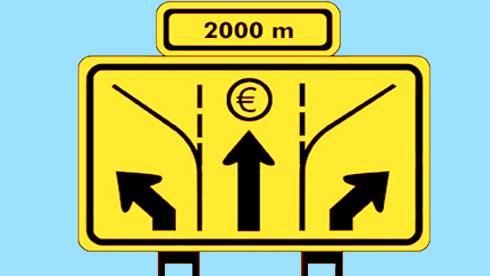 On the road to the euro

On January 1, 2014, Latvia will become the 18th country in Europe to use the single currency. It is a decision most Latvians would not have made, and it comes with significant risks.

That the Latvian government and the central bank are firmly on course to launch the euro on January 1, 2014, despite the fact that Latvian society disapproves of it, surprises foreigners. An opinion poll commissioned by the National Bank of Latvia last August found that only 13 per cent of the people want the euro to be introduced as soon as possible. Almost 22 per cent do not support adopting it in the next few years, while 59 per cent are basically against adopting it.

However, glancing neither left nor right, the government is steaming straight ahead. In September, all the Latvian indicators were in compliance with the criteria required to enter the eurozone, and the lack of enthusiasm revealed by the opinion polls has not prevented the government from staying the course. Latvian politicians have long been used to the enduring negativity of Latvians, whatever the political issue of the day. They have also found that voters are endowed with an immense talent for believing two contradictory things at the same time. The society may express its scepticism about the euro in the polls, but Prime Minister Valdis Dombrovskis, the main – and most visible – backer of the single currency keeps racing ahead in the election polls.

Apparently the opposition parties have also grasped that coming out clearly against introducing the euro will gain them little traction. Euro-rejection is conditioned as much by the sentimental attachment to the beloved lats [Latvian national currency] as it is by a knee-jerk rejection of the new and the unknown. By no means does it arise out of a profoundly entrenched national resistance, nor from rational political and economic arguments.

There are, as well, relatively strong arguments in favour of adopting the single European currency. Most Latvian businessmen want the euro to eliminate the risk factor for the Latvian currency. Having the euro will also save on the cost of currency conversions and promote trade. Speaking on the subject of the Central and Eastern Europe economies, Andres Aslund, a globally recognised expert, points out that if a new crisis does come along, being in the eurozone will give the Latvian banking sector access to European Central Bank funds, which for a small country that holds many foreign deposits can be a major incentive. The geopolitical benefits also play a not insignificant role. The greater the integration in all areas of the EU, the greater the decline in the area of Russian influence.

The recent crisis in the eurozone has clearly demonstrated that the mere fact of introducing the common currency is no guarantee of well-being and economic growth. However, the Bank of Latvia and the government are releasing numerous highly optimistic forecasts about the benefits to the country of ushering in the euro. Foreign investment will go up, and the country will be able borrow money at lower rates. These high-flying forecasts, though, may never get off the ground.

Despite everything, a failure to see the promised benefits is a political risk much less perilous than the risks tied to an onset of inflation and having to pay into the eurozone bailout funds. The hope of escaping a new write-off of Greece debts is dwindling. This situation is by no means out of the ordinary, since similar support – which will not be paid back into the national coffers – will have to be paid out to any other country hit by the crisis.

If Latvia does end up having to give significant aid to countries much richer that Latvia, the political reaction threatens to be bitter and unforgiving. Latvians are now convinced that prices will go up.

Not only is 2014 the year the euro will be brought in, but it is also an election year for the Saeima [Latvian Parliament]. Any economic problem, and in particular a hike in prices, will be seen by the people as a consequence of introducing the euro. The new banknotes will hit wallets in January that year, and if they lose their purchasing power too quickly the coalition parties that brought in the euro will pay a high price, especially when the elections are held in October.