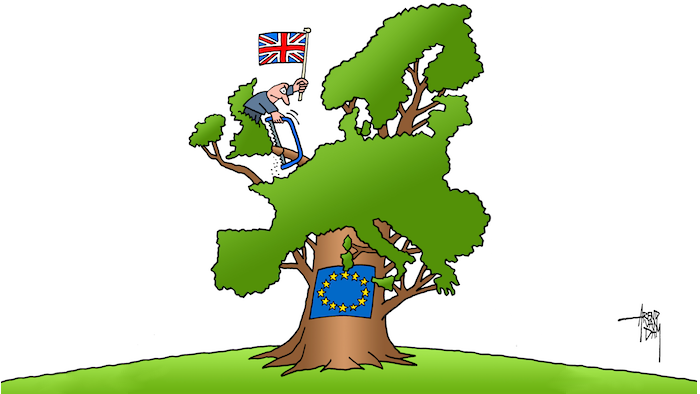 Only a miracle will save us from Brexit

With less than ten days from the referendum on EU membership, the polemical "Leave" campaign has taken the lead. And a Brexit, as well as Britain’s break-up, are becoming ever more likely, regrets a British human rights lawyer.

Brexiters portray the EU as a malign occupying power, intent on pan-European domination, and themselves as heroes of the resistance and defenders of democracy. Their campaign appeals to the collective memory of wars fought for the balance of power in Europe. To heighten the drama the Turkish threat is raised. So Brexiters are opposing the Napoleonic and the Ottoman empires.

They are really opposing the realisation of the EU’s objectives, the Brexiters’ beguiling message being that they love Europe but dislike the EU. Love of fellow Europeans has not stopped states waging European wars in past or even contemporary history. It is easy to profess love. It is less easy to make it durable. Hence the need for the EU.

Their policies are divisive: heroic Britannia stands alone against hostile forces. Ultra-nationalism and jingoism in action. Exactly what the EU seeks to prevent by means of sharing sovereignty.

Brexiters are also creating division within the UK. Scotland has been sharing sovereignty with England since 1707, so extending this to the EU is no problem for it. But it might be a problem for Scotland to exit the EU at the wish of an ultra-nationalist and self-serving London power group. Scotland might prefer to stay. If so, the Scottish border with England would become an external EU frontier. There has not been a closed frontier with England since Hadrian built his wall 2000 years ago.

The same applies to Ireland. The open internal Irish border would certainly become a closed external EU frontier on Brexit.

So Brexit would mean a UK-EU division, a division between both Irelands and potentially also within Great Britain itself. Above all it would create dividing walls in the minds of people.

Brexit would solve not a single problem in the UK. But it would deprive many of part of their identity and would strip the entire population of their EU rights. It is a malign force and a great evil. Its proponents misguide themselves and mislead the people. They are unfit to govern.

They are driving England to the abyss. Let us pray for a miracle.