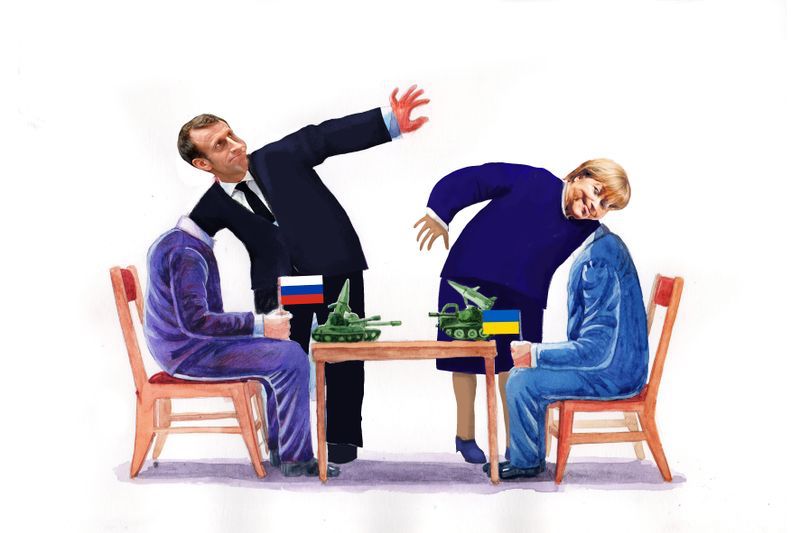 Out of the hat

Following the 9 December summit in Paris with President Emmanuel Macron and German Chancellor Angela Merkel, Ukrainian President Volodymyr Zelensky and Russian President Vladimir Putin, whose countries have been at war since Moscow's annexation of Crimea in 2014, have agreed to exchange all respective prisoners by the end of the year, to disengage their soldiers from three new points on the front line by the end of March 2020, and to open new crossing points in eastern Ukraine.

They also recommitted themselves to the implementation of the 2015 Minsk Agreements which have remained a dead letter to date.