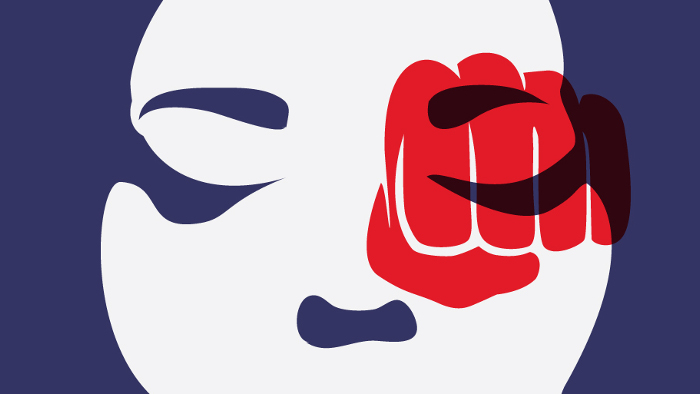 Parliaments are no safe place

Even a century after women started to become eligible to vote and stand for election in European countries, only 36.4 percent of MEPs in the outgoing legislature (2014-19) are women. Meanwhile, gender-based violence and harassment against women in European parliaments is rampant. What can be done to change this situation in the new assembly?

One hundred years after women began to win the vote and be elected to parliament in European countries, the data shows that women continue to be under-represented in politics and public life in the EU, national parliaments, governments and local assemblies.

As Europe prepares to vote for a new parliament on 23-26 May, the percentage of women in the EU parliament has increased from 15.2 percent in 1979-84 to 36.4 percent in 2014-19. According to a report by the European Parliament, there is particular focus on how a better gender balance (at least 40 percent) or gender parity (50 percent) could be achieved in the next Parliament, and for other high-level posts in EU institutions.

Harassment and violence against women is still rampant

One of the main reasons deterring women from engaging in politics and public life is the level of abuse and violence directed towards them because of their gender – and also because of their increased presence. This makes the environment too toxic for many, as revealed by a survey conducted by the Inter-Parliamentary Union and the Parliamentary Assembly of the Council of Europe in 2018.

A total of 123 female MPs and parliamentary staff were interviewed. Of these, 85.2 percent were victims of psychological violence and 24.7 percent faced sexual violence

“Something you are going to hear me say quite a lot is stereotyping and gendered roles,” said Thérèse Murphy, Head of Operations for the European Institute for Gender Equality, when asked why sexual harassment and violence against women are so common in Europe, despite many EU countries being more socio-economically progressive than countries in other regions.

“Sexual harassment is not just something one individual does against another as an act of violence. It is deeply rooted in inequalities in the society, in the unequal sharing of power between women and men, of women always being seen as less than men and given a role according to the sex that they were born with, and their role is that of a woman,” said Ms Murphy. “And this prevails all over the societies, at all levels, regardless of whether you come from the poorest family or the richest family, society or community.”

Of the 81 female Members of Parliament (MPs) interviewed, 67.9 percent said that they had suffered sexist or sexual remarks several times in the course of their parliamentary term of office. 35.6 percent of cases occurred on parliament premises, while 22.1 percent occurred on social networks.

Female MPs, despite their political power, often do not report cases of violence or harassment. “I think that there are many reasons [for this]. One of them being that they will not be believed and their case will not be taken seriously. If you look at cases that are taken to courts in any number of states, in any society, of the few cases that are taken, many of them are found in favour of the man, the harasser,” said Ms Murphy.

About 62.5 percent of the 42 female parliamentary staff who suffered harassment reported the incident via an internal parliamentary mechanism. However, in all the cases reported the perpetrators were not held responsible for their acts, according to the report.

“Often, even if the harassment was proven, there is no conviction and there is no penalty, and the women then have the most awful experiences from their own peers: from other women, from other workers, from her superiors and from the society which blames her for allowing it to happen in the first place. So, it is a very long and painful journey to make a complaint.”

“Basically, it’s just not worth it on many occasions for women to take a case. Both women and men may criticise the victims heavily for rocking the status quo, and for not being strong enough to deal with it, and ask them to ‘man-up’, that this is just ‘boys being boys’.”

Furthermore, women MPs under the age of 40 are much more likely to experience psychological violence than older women.

“Again, it comes down to gender stereotyping of younger women, being seen as less valuable and being seen as vulnerable,” explained Ms Murphy, citing a study concerning sexual harassment, where participants were asked why they left parliament. “80 percent of those who left quoted sexual harassment as a reason why they left and these were younger women.”

“They [the researchers] looked at age groups and they found that age, marital status and family status may have impacted upon the abuse and sexual harassment. So those who experienced [harassment] least were older women in their 50s, and then again, in a gradient, those women who were young and straight out of college seemed to be vulnerable and seemed to be not important.”

Perpetrators can be women as well

“And you find it that if people are outside of the gendered expectation, that they may also experience sexual harassment, and this again comes down to this stereotyping of what’s expected.”

Is a complaint useful if MPs have immunity?

“Complaining is useless as all MPs are covered by parliamentary immunity,” said one of the staffers interviewed in the report.

“The only way this can be changed is if you implement the victim’s rights directive and all of the Member States ratify the Istanbul Convention,” said Ms Murphy, referring to the Convention that was signed in 2011 for preventing and combating violence against women and domestic violence. “That will supersede any other legislation, hence giving rights to victims and insisting that the Member States put in structures and procedures to protect victims and to prevent crimes.”

“There have been challenges in implementing the Istanbul convention. All the 28 members signed it, but all of them have not ratified it. In order to ratify and say that we will implement it from now on, in most member states, their criminal code regarding violence had to be completely re-written, completely! And this takes time,” said Ms Murphy, explaining why, even if there are measures in place to take action against these incidents, the implementation of these laws is still not very efficient. “Ireland, for instance, ratified it on International Women’s day, on March 8, after something like a 3 or 4-year process of repealing or overriding the existing legislation to conform with the Istanbul Convention.”

“So, it takes time, but there has to be a political will to push it along and push it through parliament, and there are some countries that are obstructing the implementation of the convention, even though they have signed and said that they would do it.”

“I think the EU is doing a lot and is very firm in working with Member States to make progress with this agenda and to move it along. So I am very hopeful that in due time, even though Member States are right now refusing to ratify for their own political reasons, they will ratify and it can become the framework to protect women and children from violence.”

Are there sufficient services for victims?

According to the study, 57.7 percent of the female parliamentarians subjected to physical, sexual or psychological violence stated that they had been left distraught by what had happened to them.
Others had felt humiliated, angered, saddened or disoriented at the time. Several reported that violence or harassment had triggered anxiety, health problems or sleep disorders.

“Unfortunately, there are not enough services,” said Ms Murphy when asked if there are any facilities for women who are already suffering the after-effects of violence or harassment. “The Istanbul Convention states very clearly that there should be a number of places for every 10,000, and in all of Europe only 48 percent of these places [facilities] are available and the distribution is very uneven. Women Against Violence Europe (WAVE) produced a report on service provisions, and the results are absolutely dismal and disgraceful.”