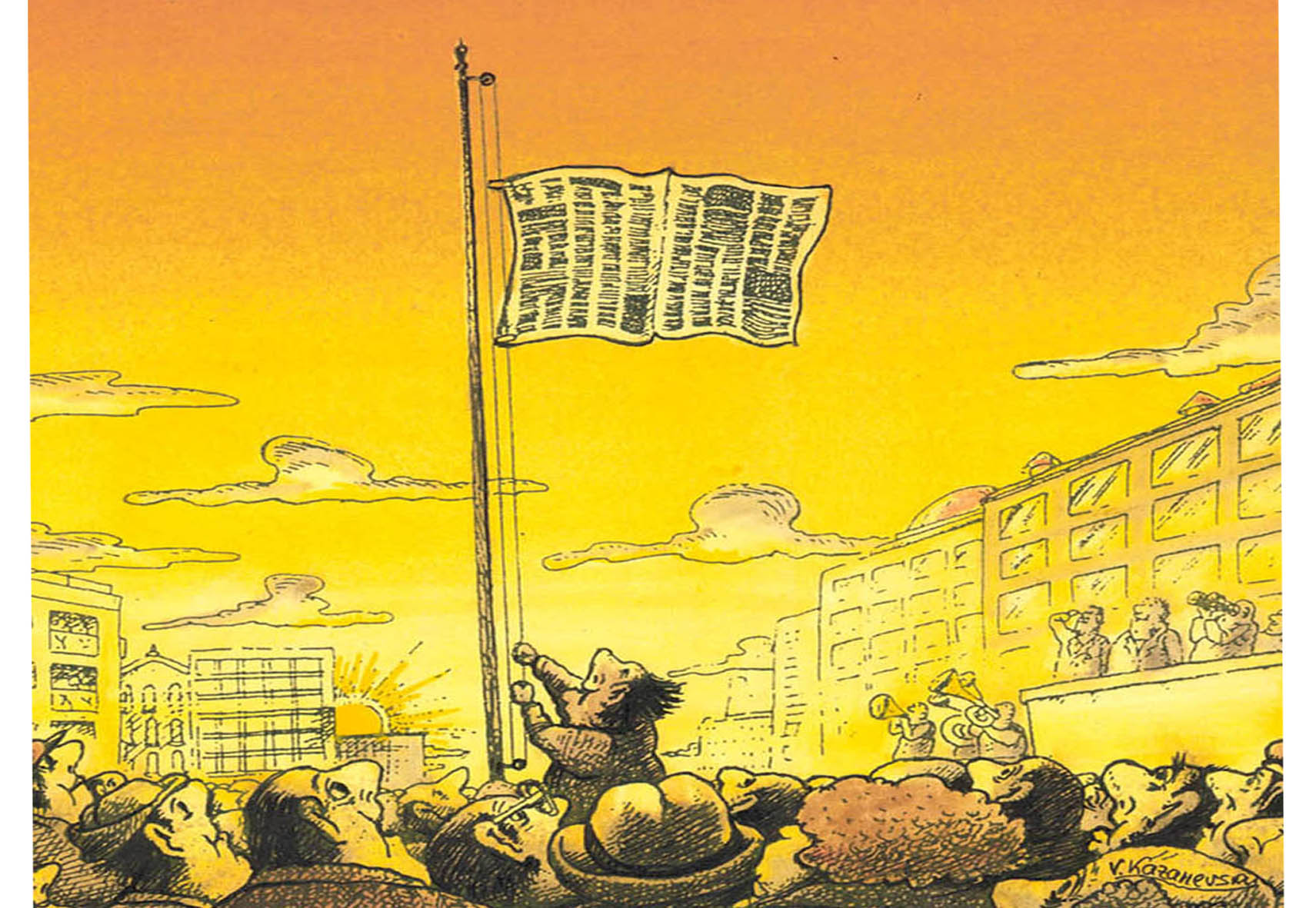 No European sovereignty without free and independent media

As the European Commission has adopted its first comprehensive strategy to support and transform the European media sector, Guillaume Klossa, author of the report Towards European Media Sovereignty, calls on European media, citizens and regulators to mobilise and organise so that these proposals do not remain a dead letter.

Europe has become aware that it is a democratic colossus with clay feet. But perhaps we are witnessing a strategic awakening. Europeans are finally realising that the first pillar of the European Union's sovereignty and autonomy is to have a high-quality, pluralist news media system that is protected from the filters of digital platforms and the undermining work of foreign powers. It is a silent revolution whose importance for the future of the European project should not be underestimated.

In line with the recommendations of the report "Towards European Media Sovereignty", the European Commission presented on 2 December for the first time in its history a comprehensive strategy to support and transform the European media sector with the aim of making it resilient. This strategy includes an industrial action plan for media and audiovisual carried by Commissioner Thierry Breton and an action plan for democracy carried by Vice-President Vera Jourová. The latter includes a section dedicated to media education and the fight against misinformation aimed at ensuring that citizens, especially the youngest, who get their information mainly through social networks, realise the key role of quality, independent and diversified media for democracy, fundamental rights, the rule of law, understanding of the world, critical thinking and also the cohesion of our societies.

The Digital Services Act that will be presented on 9 December by Commissioner Margrethe Vestager, completes this framework. It proposes a transversal approach to regulate platforms, curb their monopolies, force them to be more transparent, counterbalance their bargaining power and create new rights for citizens.

It is only recently that we realised that without free, pluralistic and economically viable European media, no democratic sovereignty or strategic autonomy is possible. In his Sorbonne speech on European sovereignty in September 2017, President Macron does not make this a priority. It was the then President of the European Commission Jean-Claude Juncker who first, during a public debate in Brussels on 9 May 2017, pledged urgent action to support the media and press freedom in Europe. It is during his mandate that a high level group against disinformation is created and a special advisor for an industrial strategy for the media and cultural industries is appointed.

It was European Commissioner Thierry Breton who took the bull by the horns by announcing, in the midst of the pandemic, in March, the creation of a sustainable and continental industrial ecosystem for the media and audiovisual industries. Long neglected by the Commission, the media are finally becoming a strategic priority for the Union. The challenge of the action plan it has presented is vital: giving the European media the means to survive and reinvent themselves by providing them with new financial resources, placing them at the heart of future European R&D and innovation policies, facilitating cooperation to create data spaces dedicated to media and developing content aggregation platforms alternative to the GAFA (Google, Amazon, Facebook, Apple). It is also a question of supporting innovations, massively promoting new skills and bringing the sector together.

With the unfailing commitment of the President of the European Commission Ursula von der Leyen, Thierry Breton courageously breaks a major taboo: until now, support for the media was the preserve of the member states. How to explain this new course? Three factors converge to make this primarily national issue a European issue: the digital transformation, the unique societal importance of the sector and the democratic quagmire created by the platforms.

The digital transformation is changing the situation because of the ubiquity of content that is now available beyond physical and linguistic borders and the fragility of the sector's business models, which are undermined by unfair competition from platforms. The second reason is the realisation that our post-war liberal European societies are based on two pillars, an informed democracy allowing for contradictory and rational debates and a social market economy. To function effectively, these two pillars need quality pluralist news, which is not a market good like any other and is in no way guaranteed by social networks or by platforms that filter information according to algorithms whose goals are known only to them.

The "Towards European Media Sovereignty, an industrial strategy to leverage data, algorithms and artificial intelligence" report pointed out an obvious fact: these systemic and structuring platforms behave like colonial companies, putting most European media in a situation of dependence, capturing their content, financial resources, audiences, data and talents without contributing fiscally to European societies and to their social well-being. The creation of ancellary rights is a step forward that does not change this state of play. The third element is the danger of the democratic quagmire created by these platforms. Scandals (Cambridge Analityca, leaks of documents and investigations revealing the personal data available to the platforms), foreign interference in electoral processes and disinformation are accelerating and accumulating, all of which are a stab in the flank of our democracies.

It is urgent now that this overall strategy is implemented in the coming months. This presupposes that EU member states integrate financial support for the media in the priorities of they own recovery plans, which are largely financed by the €750 billion EU recovery plan. They also need to transpose into national law the new European rules on audiovisual media services, which reinforce the protection of citizens and cultural diversity (only 4 countries out of 27 currently have).

The European parliament and the member states must also quickly agree on the Digital Services Act. More fundamentally, if these proposals are not to remain a dead letter: European media, citizens and regulators must mobilise and organise themselves without delay. What the European commission is proposing is a real revolution that will shake many conservatisms, and yet serves the interests of democracy, citizens and the media of the Union. It finally gives a first consistency to the notion of European digital sovereignty. But let us be realistic, there will be no revolution without collective mobilisation!