Press cartoon of the week Croatia 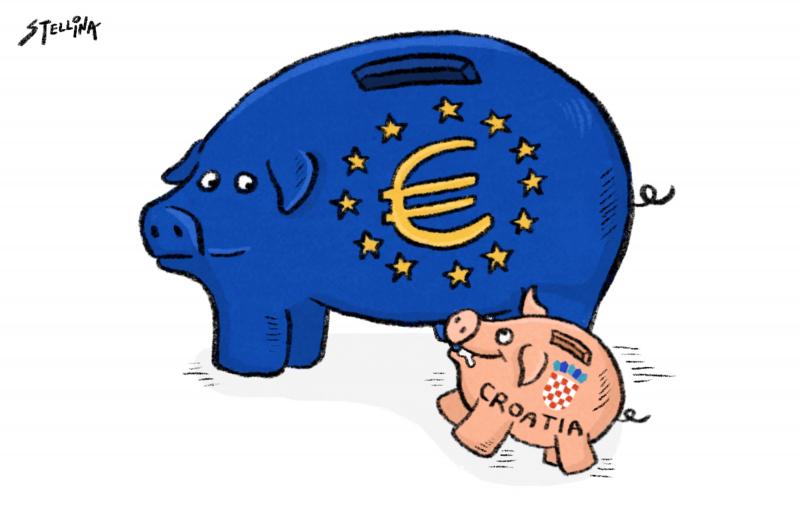 Press cartoon of the week Croatia

On January 1 2023, Croatia joined the Schengen Area and officially switched from the kuna – in circulation since 1994 – to the euro. This completes a long process that began with Croatia's accession to the European Union on December 9 2011. Croatia thus becomes the 20th country to join the common currency, and the 27th European state in the free movement area.

More : I don’t write about war because I want to, but because I have no choice

Access to the single European currency is not much of a novelty, since the euro is already widely used across the country. However, the end of border controls with other countries in the European free movement zone should facilitate travel, and in turn the already flourishing tourism sector - one of the country’s main industries. It was at an old border post, at Bregana, that various Croatian, Slovenian and European officials met on New Year's Eve to make official the opening up of the country.

Not everyone is happy about the news. Some Croatians are already worried about potential price increases caused by the change of currency. Several NGOs are also concerned about the (very repressive) migration policy applied by Croatia at its border with Bosnia, and denounce European inaction. At the meeting of European interior ministers on December 8, Bulgaria and Romania were refused accession to the Schengen area precisely because, among other things, their migration policies are considered insufficient by a number of EU Member States. Croatia is now in charge of the EU's eastern border, and it remains to be seen whether it will tighten its policy further.