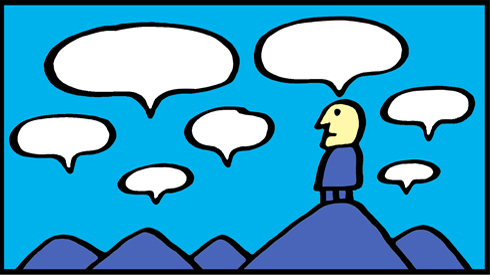 Translation within the EU is a laborious and costly business. So why not save billions and make English the Union’s official language? Unfortunately, the price would be a loss of democracy and integration, not to mention a lot of angry Frenchmen.

Money talks, especially in Brussels. A billion euros are usually "mil milhoes de euros" in Portuguese, or a thousand million. In Spanish, likewise, "billón" means a million million, so billion is "mil millones de euros". Confusingly, "billion" translates as "milijarde" into Croatian, or "miljard" into Dutch. When the French talk of "un billion", they are referring to what Britons call a trillion. Oh, and a German "Billiarde" is a French "quadrillion". Of course.

Translation in the EU's headquarters is a complicated – and often costly – business. The European Commission has three official "procedural languages": German, French and English. But with the Union expanding and 23 languages now spoken in member states, the number of translators has ballooned from 200-300 to 2,000-3,000. It is estimated that the EU produces 1.76m pages of translation work a year, costing €300m (£257m). As of July 1, when Croatia joins the EU, there will be one more language to add to the pile.

In these austere times, national governments are eager to trim the EU budget, which is one reason why a recent speech by the German president was welcomed with such enthusiasm. In a keynote speech on the future of European integration in February, Joachim Gauck suggested English should become the EU's official language: "It is true to say that young people are growing up with English as the lingua franca. However, I feel that we should not simply let things take their course when it comes to linguistic integration." It was music to the ears of federalists and fiscal hawks: with English spoken in the corridors of Brussels, the EU would become more streamlined and more efficient.

You may unsubscribe at any time. Your email address will not be shared with third parties. *
Categories
ArtsCultureEUPolitics and democracyEuropean Union