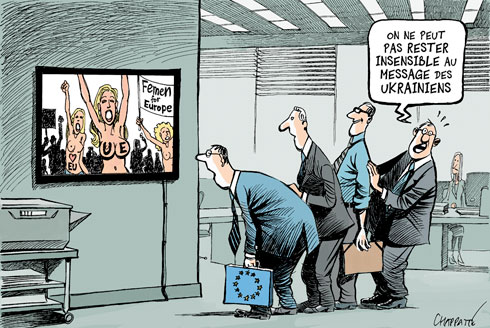 We cannot ignore the message from the Ukrainian people

The Ukrainian Parliament rejected a no-confidence motion presented to the government by three parliamentary opposition groups, on December 3. Only 186 MPs backed the motion, as compared to the 226 votes which would have been needed to pass the motion. Three members voted against the bill and the others abstained.

Meanwhile, pro-European and anti-government protests continue in Kiev and throughout Ukraine, some of which include protesters from Femen, the feminist activist group.