For over a year, 69 photographers were sent out on “The Great Quest” for Europe’s flora and fauna. The object of project Wild Wonders of Europe: to reveal the continent’s biodiversity to the world.

Staffan Widstrand / wild-wonders.com |  A picture from the Wild Wonders of Europe collection 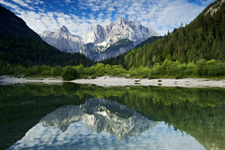 “Ask a European to describe nature in Scandinavia or Hungary and he won’t know what to say. Europeans know more about nature in America or Africa than on their own continent,” laments Florian Möllers, a German photographer specialising in nature photography and head of communication for Wild Wonders of Europe (WWoE). In De Morgen journalist Sofie Van den Bossche recounts that in 2005 Möllers Swedish colleague Staffan Widstrand came up with an idea to remedy the situation. Project “Wild Wonders of Europe” sent 69 photographers to 48 different countries. The object: “to reveal Europe’s amazing natural treasures to the world”. This year, the International Year of Biodiversity, their works will be compiled into a book (Wild Wonders of Europe, to be published in late April by Lannoo) and into a travelling exhibition starting in Brussels this August. Several of the photographers have already put their pictures on line. 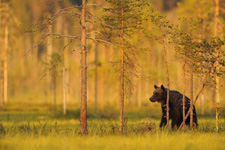 “We didn’t have the photographers work in their own countries, we sent them to places they didn’t know very well to get a new take on European nature,” explains Möllers. According to the German photographer, European flora and fauna are still highly varied: “In Europe, nature has not disappeared to make way for concrete and motorways,” he says. “The populations of certain animals, such as bears, wolves and eagles, are growing again. Conservation programmes started up 20 or 30 years ago are bearing fruit now. That goes to show it’s in our interest to take care of our nature.