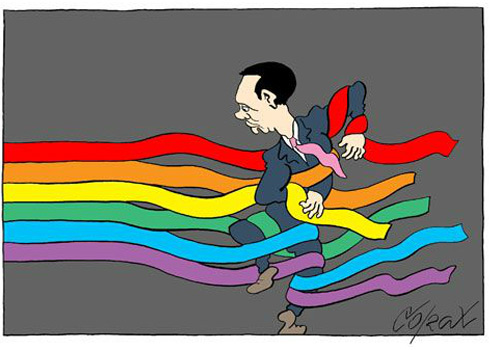 September 28 has been set as the date for the first Gay Pride to take place in Belgrade since 2010. In 2011 and 2012, the parade was banned along with all other LGBT demonstrations, in the wake of the homophobic violence which marked the 2010 event.

In a context of hostility from the Serbian orthodox Church and several nationalist groups as well as part of the government, there was no certainty that the parade would go ahead until a few days ago.

The Council of Europe and the EU had expressed their view that the event should be allowed to take place. Both the Minister for EU affairs, Branko Ružić, and the chief negotiator in EU membership talks, Tanja Miščević, have declared that they will take part. Not so the Deputy Prime Minister and government strongman, Aleksandar Vučić.

You can unsubscribe at anytime *
Categories
Social issues and inequalitiesSocietySerbia