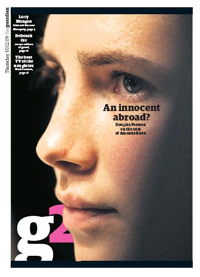 "A year after the end of the war, Russia continues to ignore most of the provisions of the armistice agreements negotiated in Moscow by presidents Nicolas Sarkozy and Dmitry Medvedev’ – the ‘six-point’ deal from 12 August 2008 and the supplementary ‘three-point’ one from 8 September 2008." These are the main conclusions of the report from the Polish president's National Security Council (BBN) on the attempts to resolve the conflict in the Caucasus, reports Dziennik. The BBN report suggests that, unlike Georgia, Russia has failed to meet its obligation to stop using force, definitively end military operations in the area and provide unlimited access for humanitarian aid organisations. Russia has also ignored the clause on the withdrawal of troops to their original positions, which, according to the report’s authors, is due to the truce agreements’ imprecise wording.

Meanwhile, Dziennik writes in an editorial that a special EU-appointed committee has been working on a report on the Georgian-Russian war for the past nine months. According to ‘reliable sources’ the as yet unpublished report will blame Georgia for starting the conflict.