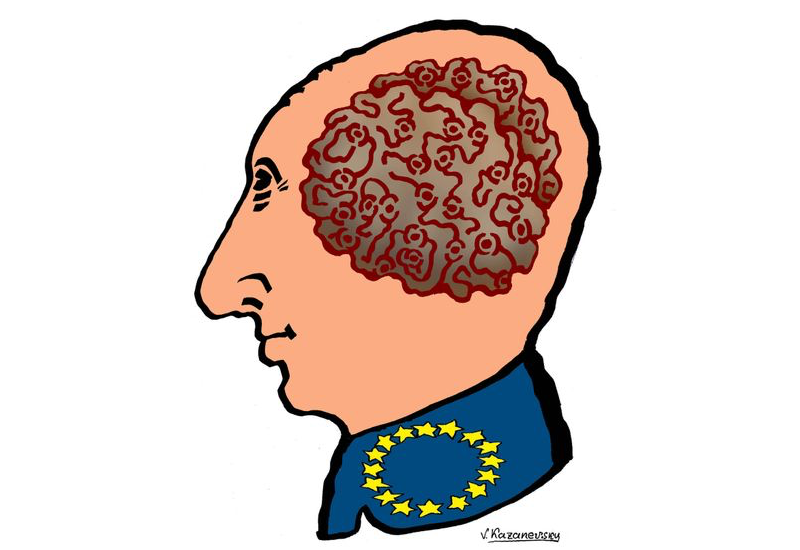 Schengen opened door to free movement in Europe - but what about the borders in our minds?

Much has changed since France, Germany and the Benelux member states first agreed to create a border free zone on 14 June 1985. But the the protests against discriminations and racism in Europe remind us that some barriers are still up in the people's minds.

After three months of lockdown, Europe is opening its internal borders.

Whether by accident or design, the move coincides with the 35th anniversary of the Schengen Agreement, the moment when France, Germany and the Benelux member states first agreed to create a border free zone on 14 June 1985.

The Schengen area now includes 22 EU member states as well as Norway, Switzerland, Iceland and Liechtenstein. Although restrictions on travel to and from Spain and Norway will remain in place for some time longer, the rest of the Schengen Zone will see border checks lifted from Monday, 15 June 2020.

It is easy to confuse Schengen with free movement but a moment’s reflection will show that while there is a connection, they are not the same thing.  Simply removing border controls does not by itself mean that individuals can move freely between states. It did not mean that in 1985 and it still does not guarantee that today.

In fact the idea of free movement between states was not introduced until the Single European Act of 1987 as one of the famous four freedoms – freedom of movement of capital, goods, services and people. Those who drafted the act meant workers, normally male workers, not the EU citizenship we talk about today.  They asked for workers, but what they got, of course, were people.

Important developments in the history of free movement towards the more human rights based approach we have today were often the result of legal challenges in the European Court of Justice to establish the right of family reunion for example (huge progressive gains which the British government is currently trying to unravel by attempting to remove  the right to family reunion through its Immigration Bill currently before the House of Commons).

Even though free movement has evolved since it was first introduced, the formal right still requires substantial practical resources and/or resourcefulness on the part of the individual before it can take effect.

To exercise the right to free movement, individuals moving from one state to another need to be able to speak the language, understand the culture and find work opportunities, for example.

If free movement is a good thing, then we should be doing much more in Europe to invest in and support it. After peace in Europe, free movement is the EU’s most popular achievement. It is one of the key drivers in the mix when it comes to assessing who feels the most “European”.

It all started to take shape, 35 years ago in the small Luxembourg town of Schengen.

What can the EU co to make free movement work better?

An obvious place to start would be to admit the member states that are not yet members of Schengen.

There are five of these states at present, Ireland (because of the Common Travel Area with the UK), Croatia, Romania, Bulgaria and Cyprus (which has complex border arrangements due to the fact that the island is split between Greek and Turkish communities).

Meanwhile Hungary, paradoxically still a member of Schengen still has a high electric fence topped with razor wire on its border with Serbia to keep migrants from making the journey to Western Europe. It’s as if Viktor Orban sees his mission as putting back  a new or ‘virtual’ Iron Curtain in place of the walls and the fences in Europe that his parents’ generation turned down.

More : “How to Reform Schengen”

It’s not just the physical borders that stand in the way of integration and social cohesion in Europe. Many of the barriers ‘free movers’ face, are to do with language and local customs and regulations. There may also be a perception on the part of some employers that they might not be “here for good”.

Erasmus has helped with that because not only did it enable students to study in another EU member state, it also gave them the language, inter-cultural skills and in many case the support networks they needed to make a go of living and working away from their member state of origin after they graduated.

As we reflect on Schengen on 35, is it not high time the EU expanded Erasmus to include volunteers, apprentices and other groups of young people who are not involved with higher education” They also need support if they are to live the ‘European dream’ of building a life for themselves and their families in another EU member state?

It’s not just the social and economic constraints that prevent people from taking full opportunity of free movement.

We must also ask what about those other non-physical barriers of prejudice, racial hatred, religious intolerance, discrimination?

As Schengen turns 35, what have we learned about the borders in our minds?

At the start of the lockdown, many were dismayed by the reintroduction of physical borders. Such feelings are as nothing compared to the anger and pain that so many are feeling as the measures start to ease, because this has coincided with the murder of George Floyd.

The despicable scenes we all witnessed as the last moments of George Floyd’s life ebbed away on a clear day and in full public view in America, has focussed hearts and minds around the world. There are cases of terrible police brutality in Europe, but the George Floyd case must make us think beyond that. Are not the spontaneous protests in Paris, Berlin, Brussels, Norway an invitation to reflect on the fact that racism and discrimination are still a serious problem in Europe, too?

With the re-opening of borders we need an opening of minds.

One way we can do that is by having conversations and asking questions. Conversations with ourselves and with the organisations we work for.  Conversations in our families, to our neighbours, of our work colleagues and with our friends. Questions of our leaders and those who represent us.

“Do we always treat people fairly when it comes to access to education, housing, and health in Europe? Are there barriers in employment, that systematically exclude people from black or minority backgrounds from those opportunities?”

“Do we see a lack of representation of people from black and minority backgrounds in politics and the media in Europe? What can I do to stand with campaigns against racial violence and discrimination, to be an ally.”

In an open letter, Yasmine Ouirhrane, the young civil rights leader and co-founder of the founder of the podcast series We Belong challenges us to go further, to examine our past, to acknowledge also that slavery did not end with Abraham Lincoln.

“George’s death reminds us of Stephen Lawrence in the UK, Adama Traoré in France, and so many others. These horrific incidents are indicative of structural racism rooted deeply in slavery and old power structures dictating outcomes for millions today.”

Yasmine, who is also the winner of the Schwarzkopf Young European of the Year Award and her  co-signatory Fatima Zaman, went on to say:

“Solidarity in the wake of George’s death is not enough. A minute’s silence will not suffice. We must move away from performative allyship and ignorance, toward true justice and equality in every sense.”

We should listen to what Yasmine, Fatima and the individuals such as Magid Magid that are supporting the letter (called ‘the Collective Voices’) have to say.

When we look at Europe today, what do we see?

Too much discrimination, violence and injustice. Too many black and minority people choking to death on the Coronavirus, because they have been helping others. Women, children and men still drowning in the Mediterranean sea. Too many people, not able to breathe, like George Floyd under the knee of a police officer in Minnesota.

Old Europe’s history of imperialism, colonial rule and its twentieth century experience with fascism continues to cast a long and oppressive shadow into the world of today.

In the civil rights movement that is rising in anger in Europe and across the world, we can be proud and we can find hope in the face that such diverse, talented, energetic, and committed young people as Yasmine, Fatima, Magid Magid have demanded and found a voice.

So as the physical borders open, let us also pledge ourselves anew, to challenging the borders in our minds. Let us fill our lungs with the air of freedom.  And may the first words we say be these three: Black Lives Matter!

Watch #CrossOutBorders – a conversation about the future of Europe moderated by Poul Christian Henningsen, from New Europeans, on the occasion of the 35th anniversary of the Schengen Treaty: