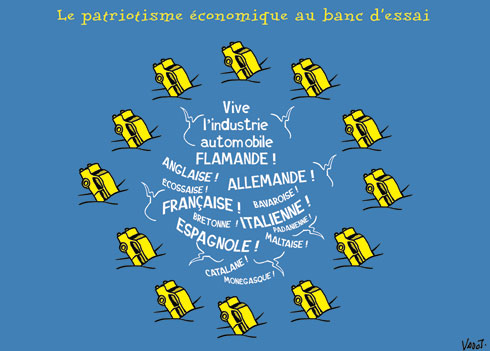 Economic patriotism put to the test

It's been a black weekfor the European car industry, which has seen sales fall by 20% in five years. The announced closure in 2014 of three Ford plants in Genk, Belgium, and in Southampton and Dagenham in the UK, has put nearly 12,000 jobs on the line. Spain will recover part of this production.

Meanwhile, French car-maker Peugeot, which is about to close its factory in the Parisian suburb of Aulnay-sous-Bois, with over 8,000 employees, is trying to ensure a future alliance with General Motors for its upcoming models.