Ideas The crisis within the European Left 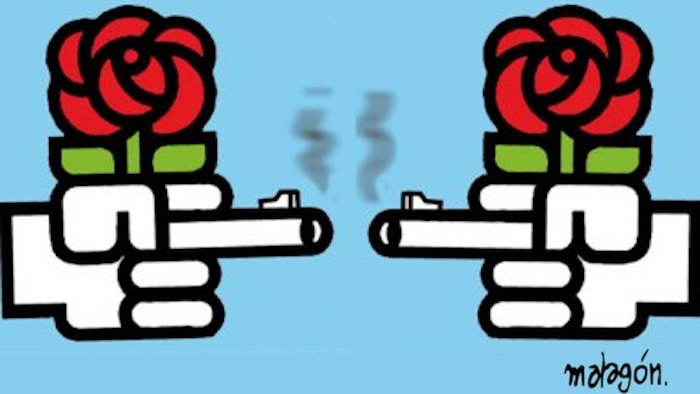 Ideas The crisis within the European Left

Social Democrats – a victim of the times

Social Democrat parties in Europe are running out of steam, a tendency fuelled by the economic crisis and the rise of new political parties that are vying for political space.

The centre-left has fallen on hard times in Europe. The UK is grappling with a leadership crisis, with Labour having a hard time dealing with the fallout of the yes vote for Brexit. Its leader, Jeremy Corbyn, was re-elected at the recent party convention that was clouded by the row over the victory of the “Leave” camp. Mr. Corbyn’s opponents criticize him for being completely inept at countering the rise of populist parties like UKIP, which siphoned off many votes from the frightened working class electorate.
Spain’s crisis is two-fold: the nine-month long governance crisis that could lead to a third legislative election if the parties fail to come to an agreement, and a conflict, well, actually, an all out war between the former leader of the Spanish Socialist Workers Party (PSOE), Pedro Sánchez, and his opponents. Mr. Sánchez supports the formation of an alternative coalition with Podemos among other parties, instead of a vote of abstention. The latter would enable the incumbent Prime Minister, Mariano Rajoy, to form a minority government. Some members of the SSWP begged to differ, believing that forming a government was the priority, and they prevailed, forcing Sánchez to resign.

Meanwhile in France, François Hollande stands idly by as he continues to lose public support and his crew abandon the sinking ship one by one. The last defector was his Finance Minister, Emmanuel Macron. Meanwhile, former President Nicolas Sarkozy is making his comeback, promising the electorate safety and a common identity to counter the perceived frailty of the country in the wake of the recent terrorist attacks and the migration crisis. The left is faring no better elsewhere: in Italy, Prime Minister Matteo Renzi risks losing star status if he fails to win the constitutional referendum on December 4th.

Social democracy in Europe has been guillotined. Why? Domestic issues and issues caused by a trend that emerged in past years linked to the political crises of the parties that have monopolized the political center of Europe since WWII. The economic crisis, which begot the other crises—the European Union crisis, the identity crisis, and the Euro crisis-- is the biggest sole contributor. Another tough blow has been the rise of left- and right-wing alternative parties. Populist and xenophobic, and above all diametrically opposed to the Establishment, they challenge social democratic parties, which have remained firmly anchored to the centre-left/centre-right split so characteristic of post-war Europe.

The European Union and the decades of peace that it brought to the continent are the fruits of the tacit agreement between conservative and social democratic forces. Isn’t it ironic that social democracy has become a victim of its own success, dead once most of western Europe accepted the “welfare pact”? What is new for social democrat parties is that they have to fight to keep their middle class and working class electorate from defecting to right- or left-wing parties. Essayist Paul Mason wrote in the Guardian on the topic:

It would appear that the social democrats lack the intellectual resources necessary for renewal. And this is the consequence of an even deeper paradox: […] American historian of Hungarian origin Karl Polanyi believed that capitalism comprised two opposing forces: one pulling towards the market and the other pushing away from it. Regulating them is in society’s interest. Polony’s ideas were a thing of beauty for the centre-left of the 80s. They enabled it to survive the disappearing working class, by simply replacing its slogan “protect the working class” with “it’s in your interest to regulate capitalism”. Since 2008, the root problem of the social democrats is that it is no longer clear just how to regulate capitalism. […] Now that the first tide of neo-liberalism has washed over Europe, the social democrats need to come up with something new. However, they lack the necessary resources. Most socialist elites and European bureaucrats have become accustomed to managing a dysfunctional capitalist system and seem quite incapable of coming up with a new vision.

Mainstream parties must urgently redraw the political map with them at the very heart of it. This is an easier task for conservatives, who are more in their element. Many voters find protectionism, common identity, and policies harking back to the past reassuring. Easier said than done for the social democrats, however. To counter the rising stars of the left wing, in particular in southern Europe (Podemos, Syriza,…), they need to rethink their compromise with the “soft” capitalism they have cozied up to ever since the war, when a decomplexed Europe laid its qualms about neoliberalism and financial capitalism to rest.

But the crisis has hit the Social Democrat electorate hard, and it is no longer buying its political product. So Social Democrat parties have to make a choice, then compete to sell it: renew the old compromise or divide the left. And that is what the lingering crisis is all about.