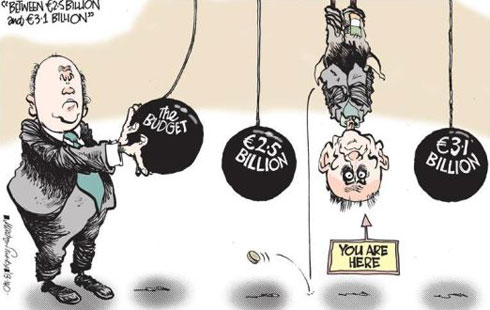 On October 15, Irish Finance Minister Michael Noonan presented a draft budget for 2014. Having previously said that the plan would contain savings of "between €2.5bn and €3.1bn" compared to the 2013 budget, he finally announced cuts of €2.5bn, adding that: "One of the primary objectives of this budget is to lay the foundations for a successful exit from the bailout at the end of this year."