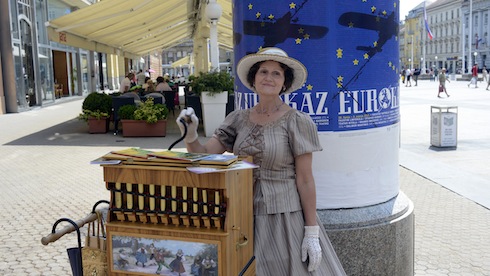 Still far away from Europe

A year after their entry in the EU, Croatians have yet to embrace the values and way of life enjoyed by their fellow citizens in the Union. Responsibility for this state of affairs lies with the country’s politicians who have proved unable to educate a population that remains resistant to change.

One year after we joined the European Union, there has been hardly any convergence on the standards of living and the social values that are prevalent in developed EU countries. The culprit for this failure is a poorly managed policy which has been insufficient to convince a population traditionally opposed to change that the European way of life cannot be taken for granted and necessarily implies a radical shift in worldview.

Croatia remains a claustrophobic inward-looking country, marked by an incredible tolerance for all kinds of small-scale corruption, a mistrust of entrepreneurs and excessively close links with its past, which was never quite as glorious as our romantic patriots would like to believe. The good news is that this is not set in stone for eternity and change is possible. The bad news is that change has yet to happen.

Some of the blame for this stagnation can be attributed to the relatively comfortable life enjoyed by most of the population of the former Yugoslavia, which has stifled the entrepreneurial drive born from revolution and the fight for survival faced by citizens who lived on the other side of the Iron Curtain.

We have continued to harbour delusions of superiority with regard to all those for whom life has been harder. But is Croatia set to become the next Greece? No it is not. Firstly, because in Croatia, no one has ever benefited from the privileges that were enjoyed by the Greek administration. Firstly, in spite of their aversion to change, our civil servants are not really comparable to the counterparts in Greece. Secondly, and more importantly, given the very modest size of the Croatian economy and its importance within the EU, there is no possibility that it could endanger the Union, even in the event of the economic collapse of the state.