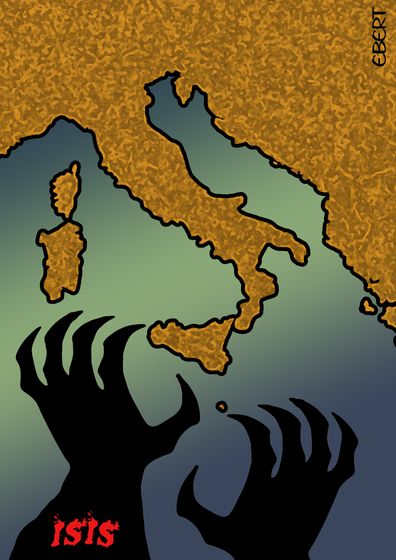 The claws of terror

Islamic State (ISIS) militants have made plans to take over Libya and use it as a gateway to attack southern Europe, British newspaper Daily Telegraph reported this week after consulting propaganda documents found by anti-extremist think tank Quilliam. The paper says that the documents lay out ISIS’s plans to “flood the north African state with militiamen from Syria and Iraq, who will then sail across the Mediterranean posing as migrants on people trafficking vessels”.

The jihadist group wishes to take advantage of the disorder that reigns in the country following the toppling of Muammar Gaddafi in 2011, writes Daily Telegraph, recalling it has shown its presence in the country by posting a video of a mass beheading of 21 Egyptian Christians on 15 February.