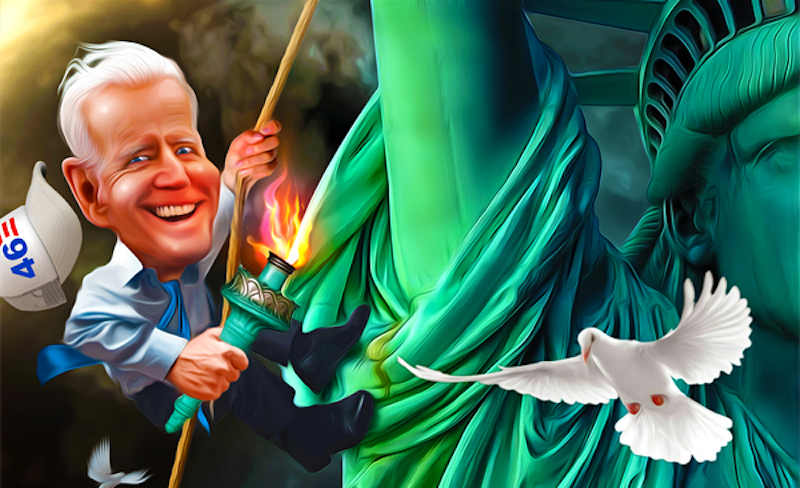 The election of Joe Biden as President of the USA is a good thing for Europeans, provided that they know how to strengthen their unity and do not fall into the trap of an American-European front against China, says political analyst Guillaume Klossa.

The election of Joe Biden as the 46th President of the United States of America is a good thing for Europeans, provided that they know how to strengthen their unity and do not fall into the trap of an American-European front against China.

It is first of all a good thing insofar as Donald Trump's national populism served as a moral guarantee for several members of the European Union such as Hungary and Poland, and even for certain states such as Slovenia, whose Prime Minister hastened to congratulate Donald Trump on his re-election at a time when the ballot boxes were far from being emptied. Biden's victory thus benefits the defenders of the rule of law and liberal democracy in Europe against the supporters of illiberal democracy, of which Trump was Trump's objective ally.

This election constitutes an additional factor of unity in the final and extremely tense negotiations between the European Union and the British insofar as the pressure is reversed. The prospect of a rapid free trade agreement between the United States and Great Britain is becoming increasingly unlikely and a majority of British Conservatives will increase the pressure on Prime Minister Boris Johnson to be more conciliatory and realistic towards the European Union in the final stretch of the exit negotiations from the internal market.

This is finally good news because Joe Biden is a proponent of "old-fashioned" multilateralism. This is at the heart of the strategy to defend the commercial, security, economic, geopolitical and environmental interests of Europeans. On the climate front, the United States is expected to recommit itself to the 2015 Paris climate agreements, and cooperation within the G7 to tackle the health crisis and its economic and social consequences will once again be possible. The United States should also join the nuclear agreements on Iran and regain its place at the World Health Organisation. Finally, there could be a return to the status quo ante with regard to NATO, which could in particular contribute to relaxing relations between Turkey and the European Union.

However, nothing would be simple.  First of all, because the elected President of the United States of America would not have a free hand, the Senate was not in favour of him, the electorate was isolationist and in favour of "America first" was now in the majority and Europe was perceived, even among a majority of the American elite, as a minor issue. Secondly, because Biden could have the old reflexes of American diplomacy, i.e. make this return to the status quo ante conditional on Europeans aligning themselves with American interests. And yet American interests are increasingly divergent both economically and in terms of security.

While there were undeniable common commercial interests vis-à-vis China, Europeans had no interest in taking sides more generally in the new Cold War that was developing between Washington and Beijing. Moreover, it is highly likely that Biden will defend the interests of the GAFA, whose leaders have supported the democrats, against European interests when these global platforms behave in Europe like predators, or even like colonial societies shamelessly capturing economic and human resources and de-structuring markets that are essential to the proper functioning of European democracy such as the media, or to its territorial and cultural cohesion such as local shops, starting with booksellers and small businesses.

To regain its moral leadership in a world fragmented as never before and thus fulfil President Biden's wish, America needs strong allies, but its natural reflex, contrary to the teachings of Sun Tzu's art of war, is to turn its allies into vassals. All too often, however, Europeans are tempted to submit. It is this vicious circle that must be broken in the interests of both the United States and the Europeans.