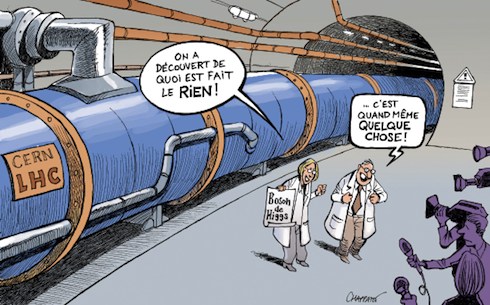 "We have discovered what NOTHING is made of!"

Almost four years after the inauguration of the Large Hadron Collider the Franco-Swiss researchers at CERN in Geneva have proven to a 99.999% probability the existence of the Higgs boson. This elementary particle, only theoretical since 1964, is considered evidence of why objects have mass.

You can unsubscribe anytime *
Categories
Europe at largeFranceSwitzerland