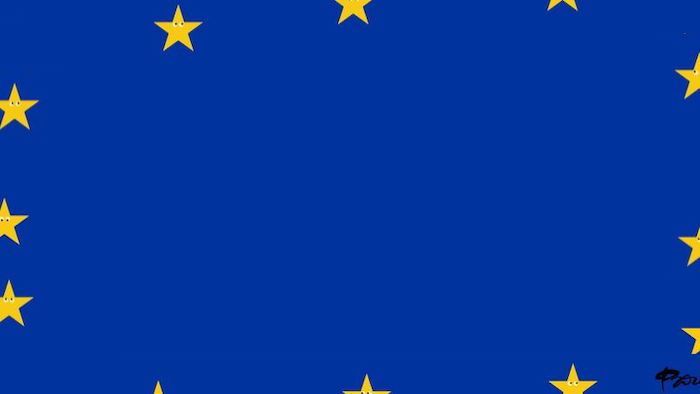 The nation-state strikes back

While initial responses to the coronavirus crisis have favoured national sovereignty and public authority, effective solutions will only emerge from a complex network of multi-level governance.

From Madrid to Paris, Berlin to Warsaw, the nation-state seems to be experiencing a striking renaissance. Borders are back, and with them national selfishness. Each national government is focusing on its own people, and each claims to be better prepared to fight the crisis than its neighbours.

Virtually overnight, national capitals have effectively reclaimed sovereignty from the European Union without asking either their own people or Brussels for permission. They are practically ruling by decree in a war-style fashion. We are at war, declared the French president, Emmanuel Macron, and he sent armed units on to the streets to police the draconian orders. Other leaders have more or less followed suit.

The coronavirus outbreak seems to be reversing the course of history. Gone is globalisation and European integration. Back is the heroic struggle of states for national survival.

The return-of-the-state scenario sounds familiar, but it is misleading. The coronavirus has indeed shown the need for public authority to deal with the emergency, but this authority is partly at the state level, partly at the local level and partly at the European one.

For the last three decades or so the private sector has vastly expanded at the expense of the public sector; profits have usually been privatised while the state has been left with the risks. With the coronavirus risk of historical proportions, the public sector is being called back to arms—and it is here to stay, as was the case after World War II. However, this time it will increasingly operate on different territorial levels, which means that states will have to act through a complex network if they want to remain useful and legitimate.

The coronavirus has exposed the scale of the public sector’s neglect after a long period of neo-liberal folly. Today no one in Europe dares to claim that private hospitals can combat the virus better than the public ones. Underpaid nurses from these public hospitals are now more precious than private health consultants.

These public hospitals and nurses are usually in the hands of regional governments and they must rely on medications and equipment produced in countries other than their own. Local authorities are increasingly unhappy with instructions coming from the national capitals, chiefly because they find national solutions inadequate for coping with their local circumstances.

One state after another promises financial help not only to their hospitals, but also to their businesses and workers. However, these promises can only be implemented if there is a common solution within the eurozone, the EU and perhaps also the G7 and the International Monetary Fund. The real impact of these financial injections will also depend on the reaction of transnational markets. And again, without the co-operation of local authorities the national politicians will fail to make good on any of their undertakings.

States have indeed closed national borders, but this was a rather symbolic step as the most vital borders are around cities or regions where we observe concentrated outbreaks. I doubt whether before the epidemic any Italian minister had ever visited places such as Codogno or Vo, which are the epicentres of infections. Yet within these small communities, not in Rome, the real battle against the virus is being fought. States may be tempted to retain hard borders after the end of this pandemic scare, but it is hard to see any good in such a move.

Effective migration policy requires multinational trans-border engagement with countries of the middle east and north Africa. Cyberattacks can hardly be stopped by state borders. Internet-based communication and financial flows do not respect state borders either. And it is difficult to imagine how nation-states on their own can cope with climate change.

Some national politicians have promised to liberate their states from dependence on imports of some health-related items. This may be sensible in some cases. There is nothing wrong with producing Italian or Belgian sanitary gloves or masks, rather than begging for Chinese ones in a crisis. Yet the invention and production of up-to-date anti-viral or anti-bacterial medicines requires global and regional engagement. Economic autarchy is not conducive to innovation and crisis prevention.

Moreover, cultural identities are no longer as simple as nationalist politicians claim. This is not only the case in multinational states such as the UK, Belgium or Spain. Italy or Germany have strong regional identities that do not pretend to have state-equivalent powers. Urban identities are gaining in importance but cities are not interested in passports, sovereignty and borders.

Even in such a traditional nation-state as Poland, liberal Poles are at odds with illiberal ones, urban Poles are at odds with peripheral ones and Catholic Poles are at odds with the secular ones. (The secularisation of young Poles is striking.) If there is anything that unites the Poles at present it is their enthusiasm about the European Union, supported by nearly 90 per cent of the population. In the 21st century the sovereignist idea that people across the continent will unite under national flags is wishful thinking, and hence the difficulty in recreating a Europe of nation-states alone.

In sum, the vindication of the public sphere does not herald the return of nation-states to their past glory. This is bad news not only for nativists, but also for traditional socialists who see the nation-state as the only viable provider of public goods. Those who believe that democracy can only function well in nation-states and not beyond will also be disappointed.

Local and European democracy may not be flawless—but if we look at the data showing low public trust in national parliaments, we should start thinking about democracy in novel ways. Public government at whatever territorial level ought to be transparent and accountable. It should also envisage a meaningful degree of citizens’ participation. If this does not happen, the notion of the public is captured by special interests.

A proper functioning of the revived public sector will require more creative thinking and institutional engineering than currently being offered by either liberals or sovereignists. Nation-states may be here to stay, but they will have to work in tandem with other public units.