The plot against Lady Ashton

After Jose Manuel Baroso and Herman Van Rompuy, Catherine Ashton is now the European figure that everyone loves to hate. Only a few months into her much criticised mandate as the EU’s High Representative for Foreign Affairs, can she hang on? The press laments a rudderless Europe. 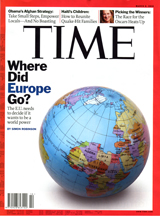 Just three months into her mandate as the EU’s High Representative for Foreign Affairs, and the questions begs as to whether Catherine Ashton is heading for the exit. “Simmering discontent” at her performance has “turned into outright criticism”, announces The Times. According to the London daily, this “sniping” has been initiated by France, which “wanted a strong minister of foreign affairs”, but is now spreading across the continent.

European Union heads are incensed, it seems, that she failed to attend the European defence ministers’ meeting with the Nato Secretary General in Majorca on 25 February (she was at the inauguration of President Yanukovych in Ukraine instead). French Defence Minister Hervé Morin set the tone – “Isn’t it rich that this morning, to display the ties between Nato and the EU, we have the Nato Secretary General [Anders Fogh Rasmussen) here but not the High Representative for the first meeting since the Lisbon Treaty came into effect.” However, he was joined Dutch counterpart, Jack de Vries, who quipped on Twitter that “Madame Ashton was notable by her absence”, and also Spain’s Carme Chacón, who “regretted Ashton’s absence”.

For the London daily, the row lays bare tensions between Lady Ashton, and the other two main EU figureheads, the presidents of the European Council, Herman Van Rompuy, and the European Commission, José Manuel Barroso, either of whom, say sources, “could have represented the EU in Ukraine”. The Lisbon Treaty, which was supposed to simplify the EU hierarchy, has actually created a confusing structure of “three camps, all vying with each other for power and influence.”

Three months after Ashton took up her new job, compliments are few and far between. MEP Zbigniew Ziobro in Rzeczposplita argues that “The nomination of a third division politician for the EU High Representative was aimed at maintaining the dominant position of the great powers within the EU. Berlin, Paris, Rome and London want to follow their own national agendas.” Further scathing remarks come from Piotr Kaczyński, expert at Centre for European Policy Studies, in Polish daily Życie Warszawy on Ashton’s record so far : “She is passive. As far as Haiti (earthquake) and Belarus (persecution of the Polish minority) are concerned, member states have had to put pressure on her”. El Paísreminds readers of José Manuel Barroso’s recent “sleight of hand”, in appointing his former chief of staff, João Vale de Almeida, to the post of EU ambassador in Washtington. In Brussels, “this is interpreted as an imposition on Barroso’s part and to Ashton’s detriment, which she denies.”

EU is too clubby

One sole dissenting voice is De Volksrant, which, concerning Lady Ashton’s Haiti embarassment, suggests that it was the United Nations that dissuaded her from going to Haiti. As regards the de Almeida, the Dutch daily relays the High Representative’s claim that “new nomination rules had not yet come into force and the position had been vacant since November. It was therefore necessary to act quickly.” De Volkskrant cites one diplomatic source who is optimistic about Ashton’s chances to create a “European diplomacy”. A challenge par excellence – “All criticism directed towards her will fade away, if she sees it through.”

Across the Atlantic, Time magazine, as “Where did Europe go. In a feature mockingly entitled “The incredible shrinking Europe“, it laments the mechanisms created by the Lisbon Treaty, which look “like a parody of all that is wrong with the E.U., bureaucratic and complicated, built on least-bad options and seemingly designed to encourage turf wars rather than action.”

“Ask Catherine Ashton to define Europe’s ideals,”, it continues, “and her aspirations are far from modest : ‘Democracy. Human rights,’ she says. ‘Wanting to see stable, secure nations, with whom we enjoy political dialogue and economic relationships.’ Europe is right to think big — both for its own sake and for that of others. Many in the rest of the world would welcome a stronger European voice.” Alas, adds Time, “if Europe is to realize its own dreams and those of others, it has to change the way it does business. Acting as a true single bloc would bring greater influence. A senior Asian official describes — with evident exasperation — how at international summits European leaders talk endlessly to each other. ‘They’re very clubby,’ he says, and it isn’t meant as a compliment.” In the end, states Time, “leaders of the E.U. can no longer avoid the hard question: Is a common foreign policy what its member states — and their domestic political constituencies — really want?”

While Catherine Ashton is being criticised by her peers, Herman Van Rompuy has been insulted by an MEP. Dubbed a “damp rag” from “a non-country” by British eurosceptic Nigel Farage, the Belgian born President of the Council has been defended by The Times. “No, Mr Farage, you do not speak for the majority of the British people,” runs it editorial. “They would not dream of being so pathetically rude.” However, for columnist Michael White in the Guardian“Nigel Farage is rude but right.” “Picking President Rumpy-Pumpy was a serious strategic error as Barack Obama’s decision not to attend the next EU-US summit in Spain underlines.” This weakness, White points out is “a further reminder that the analysis of the federalist EU superstate that so animates Farage is wide of the mark.”