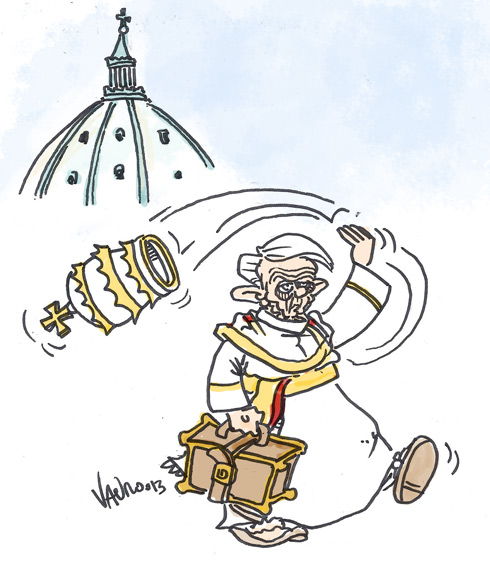 On February 11, Pope Benedict XVI, aged 85, surprised the world with the announcement of his resignation, after eight years at the head of the Catholic Church.
His decision, which was dictated by his state of health, will take effect on February 28. His successor is expected to be elected before the end of March.
It is the first time in closed to 600 years that a Pope has opted to give up his pontificate.