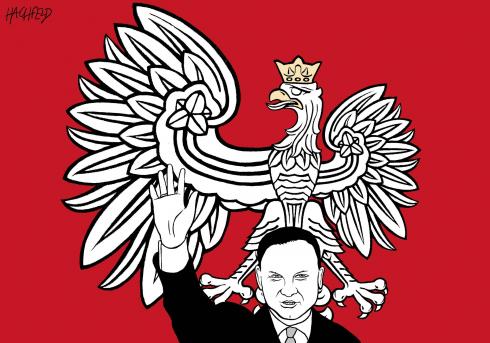 Poland’s new president Andrzej Duda was sworn in on 6 August, setting the country back onto the national conservative course marked by the Kaczynski brothers in the 2005-2010 period.

During his inauguration – where notably his fellow Pole and European council president Donald Tusk was not invited – Duda said he wants to make Poland “more visible and active” on the international scene and, in a commentary for Gazeta Wyborcza, hinted at the possibility of changing the constitution to strengthen Poland’s sovereignty, triggering the liberal daily to

regard this statement as questionable because it suggests that Poland is seeking anti-democratic solutions or that nationalist megalomania and intolerance are making a comeback.