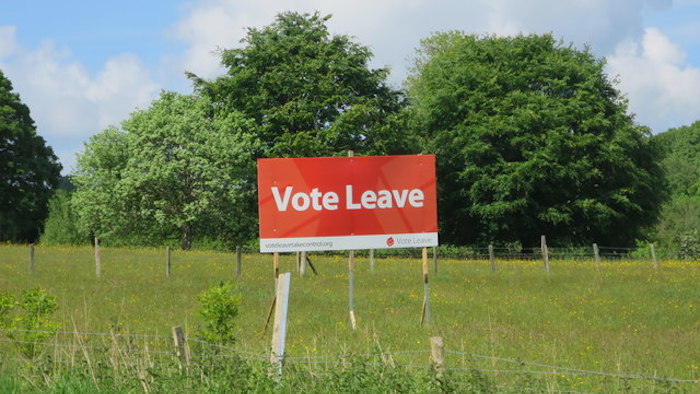 In the last hours before the referendum on Britain’s continued membership of the EU, it is time to assess the quality of the campaign. A comparison with the Scottish referendum illustrates just how bad it has been.

A less open vote than in Scotland
The referendum on Brexit poses a democratic conundrum: British and Commonwealth citizens living in the UK are entitled to vote, but not continental Europeans. This was not the case in Scotland, where Europeans from outside the rest of the UK could also make their voices heard. This openness was extended to the lowering of the legal age to vote to 16. That did not stop the Scots from deciding to remain within the UK. It is therefore paradoxical (or hypocritical, depending on your point of view) that European citizens have been able to vote in one case but not the other. And even more so this time, since the stakes are clearly at a European level.
Both referendums unclear on Britain’s relationship to the EU
One of the great weaknesses of the Scottish referendum was the lack of clarity on whether Scotland and its citizens would be in the European Union or not, were it to vote for independence. Europe’s national leaders seemed jumpy about the matter. In the Brexit vote, things are little clearer. Here, the vote is directly linked to EU membership… But we still do not know what the country’s future status will be: will it follow the Norwegian model, the Swiss, or a new approach? Negotiations with European partners over the next two years promise to be fraught and lengthy. Member states will be tempted to make Britain an example to others who might also be tempted to pull out...
In addition, British voters are to express their views on the country’s relationship to a partner that is likely to see huge changes over the next few months, with the federalisation of the eurozone and perhaps the establishment of a two-speed Europe. Should this happen, is it possible Britons voting to leave Europe as it stands would agree to be in an outer circle more focused on the economy than on political integration?
A campaign dominated by hysteria
The polemical and spiteful campaign poster unveiled by Nigel Farage – showing hoards of migrants from the continent preparing to invade the UK – illustrates reasonably well the level of this campaign. Both camps have used the crudest of arguments: the end of the world in the case of Brexit, or the end of (white) British culture in the case of Remain.
In the Scottish referendum as well, the last weeks of the campaign proved to be the toughest. But the level of debate was much higher, centred on reasoned arguments. It was striking to observe how little anti-English sentiment was present during the Scottish campaign. It was far removed from the animosity depicted in Braveheart or Outlander-style cinematic productions. It was about affirming difference, not rejecting otherness.
The Brexit campaign was strongly marked by the spectre of a loss in identity. Fear dignifies neither the debate nor citizens.