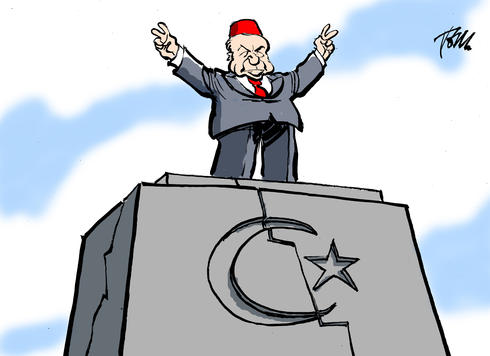 Turkish voters approved by a narrow margin (51.41 percent) the constitutional reforms proposed by president Recep Tayyip Erdoğan's ruling AKP party. Turkey will now shift de facto from a parliamentary to a full presidential regime, strongly reinforcing the powers of the head of the state. Erdoğan could now potentially stay in office until 2029.

The main cities, the coast and the Kurdish areas mostly voted "no", while the "yes" vote was stronger among the Turkish abroad and in the countryside. Observers have said the referendum fell short of international standards, arguing both sides did not have equal campaign opportunities and the CHP opposition party has demanded a recount of 60% of the votes.