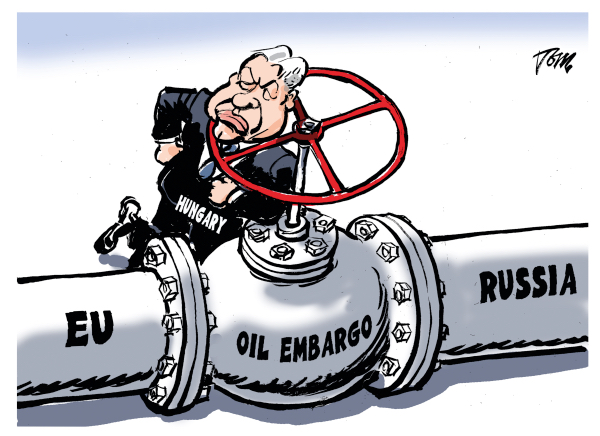 Turning off the oil tap

After gas, it is now the turn of Russian oil to face the brunt of EU restrictions. On 30 May, the EU-27 agreed to reduce Russian crude imports by 90 percent by the end of 2022. The decision, taken at a summit of heads of state and government after a month of heated negotiations, is only part of the sixth package of economic sanctions against Russia in retaliation for its aggression against Ukraine.

"More than two thirds oil imports from Russia" are now affected, "cutting a huge source of financing for its war machine", European Council President Charles Michel wrote on Twitter. While the figures are impressive, the reality is a little more nuanced: the agreed boycott concerns Russian oil transported by sea – the two-thirds mentioned by Charles Michel – while oil imported by pipeline is not currently subject to sanctions. This is in order to allow landlocked countries such as Hungary, the Czech Republic and Slovakia to meet their needs.

You can unsubscribe at anytime *
Categories
DiplomacyEnergyEUHungaryRussiaUkraine