Opinion Culture and The War in Ukraine 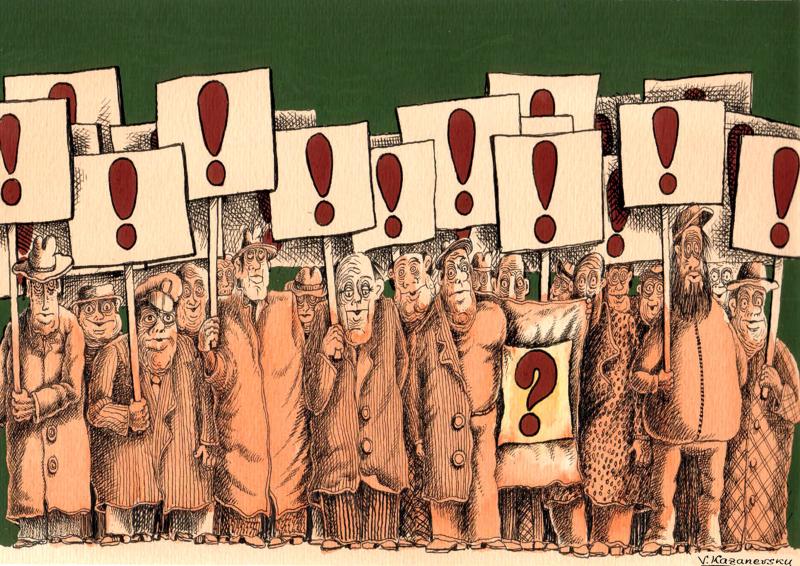 Opinion Culture and The War in Ukraine

In his acceptance speech for the France Culture prize at the Cannes Film Festival, Ukrainian, Belarussian and Russian filmmaker Sergei Loznitsa says the Russian language is part of Ukraine’s identity and banning it would only add to the destruction and disgrace wrought by the Kremlin and its war.

Ladies and gentlemen, I am deeply honoured to receive this award. I would like to thank Ms Sandrine Trenier and her colleagues at France Culture for appreciating my work in cinema, and for supporting my views and my position.

Culture is a matter of life for all of us, and today we all find ourselves on the front line. On the one hand there are those calling for a ban on Russian cinematography and who want Russian culture to be abolished altogether. On the other are those who are against a total boycott of culture.

Immediately after the Russian aggression in Ukraine, I spoke out against a total ban on Russian cinema and against a boycott of Russian culture. Some of my compatriots responded by demanding a boycott of my films as well – in particular, films about the current and past wars – Donbass, Maidan, Babi Yar. Context. It is striking that a few years ago the same films – Donbass and Maidan – were already banned.

This happened in totalitarian Russia, on the orders of the FSB [the Russian security services, Ed.]. Today, Ukrainian "activists" are demanding that these films be cancelled in the democratic European Union. It is regrettable that on certain issues their position coincides with that of the Russian FSB.

Unfortunately, the Cannes Film Festival also finds itself on the front line today.

The demand for a boycott of Russian-speaking culture, which is also Ukraine’s accomplishment and fortune, is archaic and destructive in nature. Moreover, it fundamentally contradicts European principles of cultural pluralism and freedom of expression

As far as I know, only once in the 75-year history of the Cannes festival have its directors received a letter from the head of a State Film Fund demanding that a film by a citizen of that state be removed from the programme. That was what happened in 1969 with Andrei Tarkovsky's Andrey Rublev.

This year the same thing is happening with my film The Natural History of Destruction, produced by Germany, Lithuania and the Netherlands [the film premiered at Cannes on 23 May, Ed.]. The film is about a problem that has again become monstrously relevant in the war Russia is waging in Ukraine: how peaceful civilians and the space of human life are used as a resource for war. It turns out that the leaders of the organisations that support Ukrainian cinema are not concerned with this problem.

They are only concerned that a citizen of Ukraine dares to voice an opinion contrary to that of the majority. They are fighting a war on their own, specific front – not the one deciding the destiny of Europe, of modern civilisation and, perhaps, of humanity as such, but one where state-building is replaced by a war of cultures, where knowledge of one's own history is replaced by myth-making, where freedom of speech and freedom of expression are declared enemy propaganda.

The events of these three months of war, and the aggression to which not only individual cultural institutions – museums, theatres, cinemas and galleries – have been subjected, but also the creators themselves – directors, actors, conductors, artists and musicians – demand reflection and a serious discussion. We need to understand: what is going on? And who is it for?

Language is one of the most important and fundamental categories of culture. Language forms and expresses a person's understanding of the world. Demanding the prohibition of culture is equivalent to demanding the prohibition of language. The demand is as immoral as it is insane. How can we forbid a language that is spoken by 350 million people throughout the world? I am speaking to you now in my own language, the one I have spoken in my hometown of Kyiv since childhood. It is the language spoken by most of the refugees from the eastern regions of Ukraine. It is also the language used by the heroic defenders of Serpent Island to explain to the Russian aggressors where they should go. Modern Ukraine is a multinational and multicultural country.

The demand for a boycott of Russian-speaking culture, which is also Ukraine's accomplishment and fortune, is archaic and destructive in nature. Moreover, it fundamentally contradicts European principles of cultural pluralism and freedom of expression. Instead of putting the Russian language, the mother tongue of 30 percent of Ukrainians, at the service of Ukraine by using it to tell the truth about the terrible war, “cultural activists” exhaust themselves with the pointless, Sisyphean task of destroying what is indestructible.

One gets the impression that by "culture" these people mean a simple set of individual works – films, novels, plays, paintings, etc. But this is not the case.

Culture is human activity in its various manifestations; it is the rituals and practices of our lives; it is the forms and ways of human self-knowledge and self-expression; it is our memory and the practices of its preservation and reproduction. And in the end, culture is cultivation, it is development. I think all of you – the staff of France Culture, the patrons and friends of this wonderful organisation – know this very well.

How can we fight against all of this?

How can we equate the atrocities committed by the current Russian regime (in fact, Russia has had nothing but villainous regimes for the last hundred years) with the works of those Russian authors, often pariahs and almost always mournful prophets in their wretched fatherland, who have become part of world culture, and thus the heritage of all mankind? How can we respond to the barbarism of the Putin regime and the Russian vandals in Ukraine by demanding the destruction or abolition of what has always opposed barbarism? There is no logic or sense in this.

More : We Russians are orphans of history

The French philosopher René Girard writes: "Only someone who prevents us from satisfying a desire which he himself has inspired in us is truly an object of hatred. The person who hates first hates himself for the secret admiration concealed by his hatred. In an effort to hide this desperate admiration from others, and from himself he no longer wants to see in his mediator anything but an obstacle”.

Thus, the secondary role of the mediator comes to the fore and utterly overrides the primary one of religious imitation.

I believe that it is through constructive and profound discussion, rather than by the ultimatum of various prohibitions, that we can come to an understanding. And if we are talking about cinema, I think the European Film Academy could be the setting for a pan-European conference of philosophers, anthropologists, film historians, cultural historians, film scholars, directors and screenwriters to discuss this very serious problem.

How can we equate the atrocities committed by the current Russian regime with the works of those Russian authors, often pariahs and almost always mournful prophets in their wretched fatherland, who have become part of world culture, and thus the heritage of all mankind?

Stefan Zweig recalls in his memoirs the atmosphere of the First World War: "France and England were ‘fought' in Vienna and Berlin, in Ringstrasse and Friedrichstrasse, which was clearly much easier. English and French inscriptions on shopfronts had to disappear. Even the monastery, ‘For the Angelic Virgins’, had to change its name because the outraged citizens were unaware that ‘angelic’ implied angels and not Anglo-Saxons.

“Naive business people stuck stamps on envelopes saying ‘Lord, punish England’; secular ladies swore they wouldn't utter a word of French as long as they lived. Shakespeare was withdrawn from German theatre, Mozart and Wagner from French and English music halls, German professors declared Dante German, French professors declared Beethoven Belgian, thoughtlessly requisitioning spiritual heritage from enemy countries like grain or ore. Not content with the fact that every day thousands of peaceful citizens of those countries were killing each other on the front lines, back in their respective homelands they insulted and defamed their great dead, who had been quietly resting in their graves for hundreds of years."

Does this remind you of anything?

Fate gave me several years of friendship with the great Irena Veisaitė, a Lithuanian Jew who escaped the Kaunas ghetto, a professor of theatre studies and an expert in German literature, an associate of George Soros and a prominent Lithuanian public figure. Irena recalled that she and her teenage friends in the ghetto organised an underground German poetry circle. In the evenings they would gather secretly and read Goethe, Heine, and Schiller to one another. "But how could that be? Weren’t there German executioners' speeches all around you every day?" – I exclaimed. Irena looked at me in amazement: "Yes, but what did it have to do with Goethe?"

Only a few are given such a gift of spiritual wisdom; only a few can reach such humanity; only true heroes are capable of such nobility. But each of us men of culture is obliged to make an effort to resist barbarism in all its manifestations. I am often asked – what should an artist do in times of war? My answer is simple – retain common sense and protect culture.

👉 The transcription on Meduza