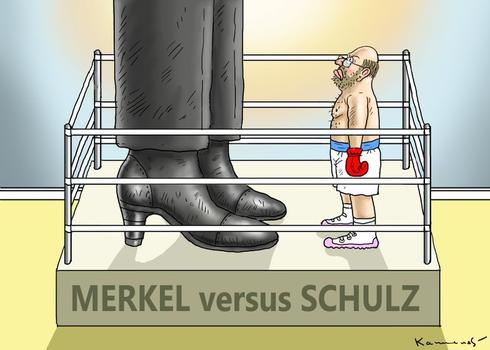 According to most observers, Angela Merkel won the first and only electoral TV debate against her challenger, the Social Democrat candidate and former president of the European Parliament Martin Schulz, on 3 September. Polls already foresee the incumbent German Chancellor with a clear victory in the 24 September general election.

Merkel's CDU-CSU conservative party is credited with 37 percent of votes, with the SPD on 23 percent, followed by the Alternative für Deutschland, a right-wing populist party, on 11 percent and Die Linke (radical left) on 9 percent.