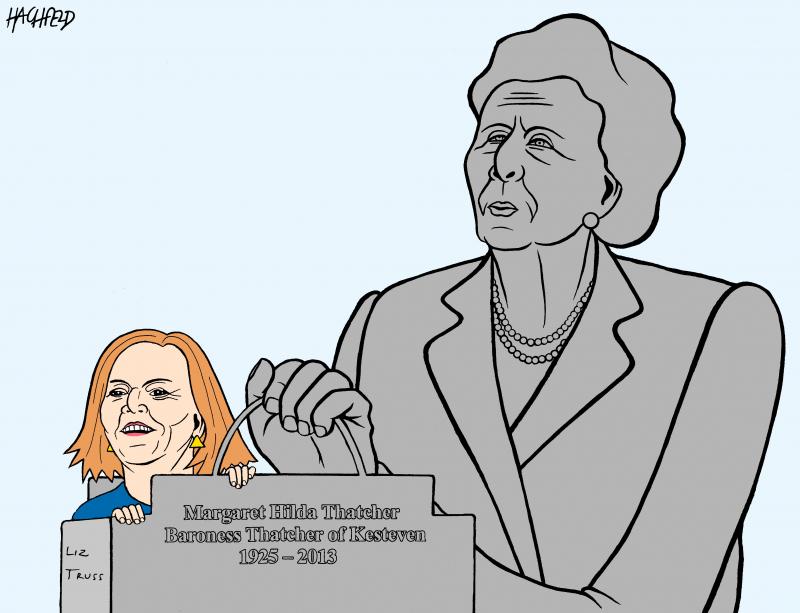 Liz Truss in the footsteps of Maggie Thatcher

Some 170,000 members of the British Conservative Party came together on Monday 5 September to elect a new party leader and, by extension, the new head of government. This follows the resignation of Prime Minister Boris Johnson in July after a series of scandals. In the end, the Secretary of State for Foreign Affairs, Liz Truss (47) came out victorious, garnering 80,000 more votes (57%) than the ex-Chancellor of the Exchequer, Rishi Sunak (42).

More : Partygate and the Platinum Jubilee

The win didn’t come as a surprise for this Boris Johnson stalwart, whose lead was correctly predicted in the polls. Truss will carry the heavy burden of leadership during a major social and energy crisis in the United Kingdom, with household bills continuing to climb and inflation at more than 10%, a first since 1980. In her victory speech, Truss, who likes comparing herself to the former “Iron Lady”, Margaret Thatcher, announced that she intends to cut taxes.

You can unsubscribe at anytime *
Categories
Governance, Transparency and corruptionPolitics and democracySocietyUnited Kingdom