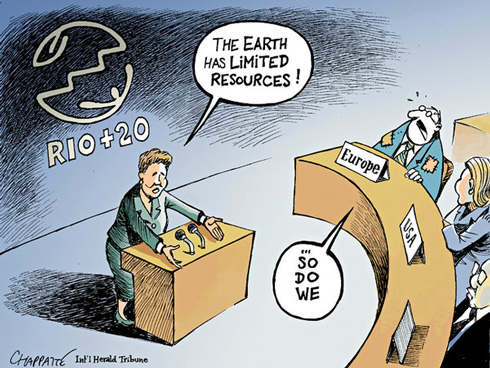 The fourth Earth Summitopened in Rio de Janeiro on June 20. Absent from the gathering of some 50,000 attendees will be a number of world leaders like Barack Obama and Angela Merkel. For the heads of state and NGOs present, the summit is expected to be less ambitious in scope than the previous ones, due to the ravages of the economic crisis.