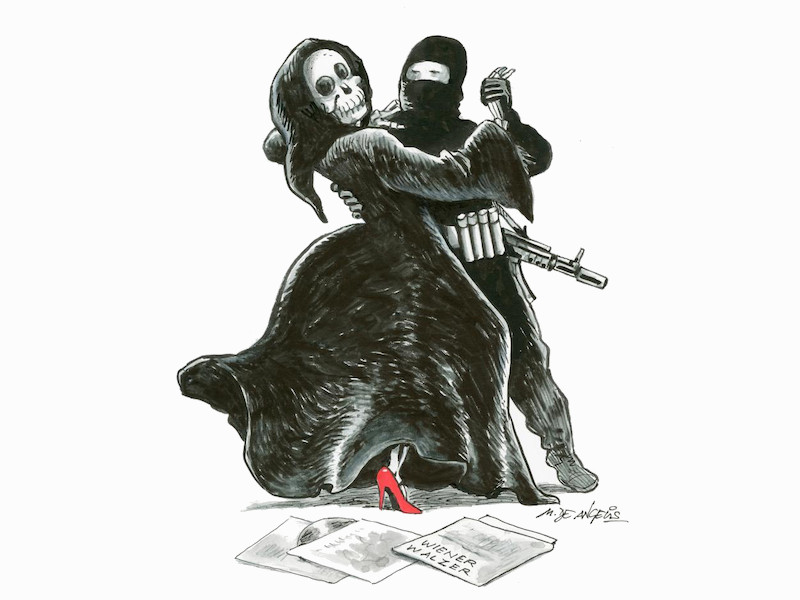 In Vienna, terrorism hits Europe at its heart

The terror of the 21st century has finally reached Vienna. This should not come as a surprise to anyone. Monday night's attack is history and emergency at the same time. As so often in this city.

The Ottoman Empire's siege of the Austrian capital, which ended with the Battle of Vienna in 1683, is a standing reference for the political and religious warriors of our time as well – on both sides of the culture war. The Norwegian terrorist Anders Behring Breivik, for example, called 1683 Western Europe’s "Independence Day" in his infamous manifesto, and the name of the website where he was radicalized was "Gates of Vienna". For the soldiers of political Islam, Vienna represents instead a painful defeat, a scorn hard to forget.

Vienna's symbolic power is great – and controversial. Yet, yesterday's attack came as a shock. Vienna has for long been the regarded one of the safest places in the world. It has, indeed, been several decades since terrorism last ravaged this city – but when it did it was omnipresent. In 1975, six members of the "Arab Revolution" took the tram along the Ringstrasse to the OPEC headquarters. Under the leadership of Ilch Ramírez Sánchez – alias Carlos, the Jackal – they took the ministers of the oil-producing countries hostage and demanded support for the Palestinian cause and that no Arab country should recognize the state of Israel. Three people died in the action.

A few years later, in August 1981, two heavily armed Palestinian men forced their way into the synagogue on Seitenstettengasse in Vienna's first district, the very place where Monday's attack began. Back then, almost forty years ago, two people died and 21 were injured, many of them seriously.

But since the terror of the 1980s, Vienna has been a fairly peaceful place and Austria has escaped the Islamist violence of the last decades. Austria has a very different colonial past than France or Britain, and as a neutral country, the Alpine republic has been considered insignificant and harmless, with no real stakes in the ongoing geopolitical battles.

For a time, Vienna also functioned as something of a hub for European Islamists, wanting to travel to Syria and elsewhere to fight on the side of ISIS. In order not to compromise that base, Austria was spared from attacks.

But the calm of recent years was deceiving. A short respite. For those whose aim it is to proclaim and fight a war of civilisations, a struggle waged for life and death, Vienna fits all too well into a scheme of old. Then it's 1683 all over again. When jihadists claim that Austria is now paying the bill for its support for a US-led "crusade" against the so-called Islamic State, it matches this worn-out worldview.

If the Viennese terrorism of the 1980s was anti-Semitic, the target of the 2020 attacks seems more vague, wider. The synagogue on Seitenstettengasse is located in one of Vienna's most noisy entertainment districts, where thirsty tourists and Viennese tend to sway together between bars and nightclubs. It is called the Bermuda Triangle: whoever enters there risks never coming out again.

Just like allegedly blasphemous cartoons, that shabby nightlife is part of the open society – and therefore the enemy of the closed, monolithic society. That's what they want to kill. Now.

An earlier version of this article was published in Swedish in Expressen.