Cartoon State of emergency in Hungary 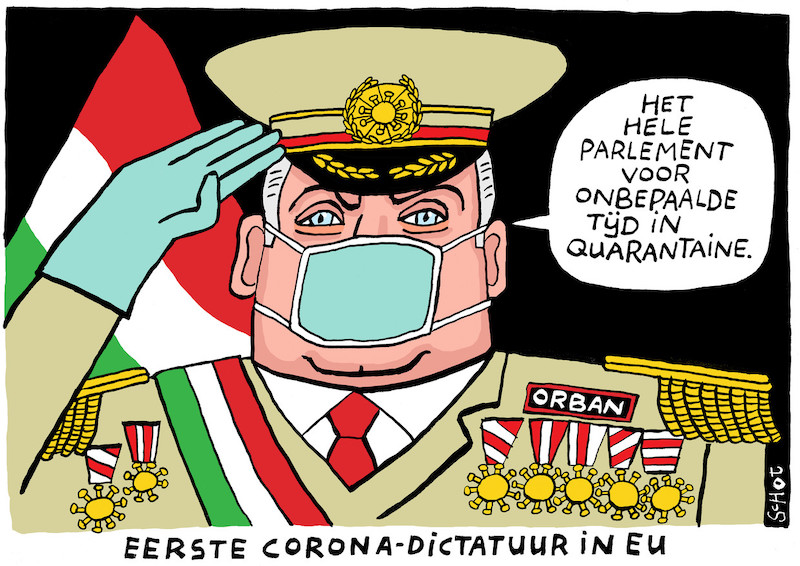 Cartoon State of emergency in Hungary

First coronadictatorship in the EU

All of Parliament is under indefinite quarantine.

On 30 March, with 137 votes in favour and 53 against, the Hungarian Parliament adopted a law authorising the government of Viktor Orbán to rule by decree, and allowing them to extend the current state of emergency indefinitely, without needing the parliament’s approval. The state of emergency has been in force since 11 March, to manage the coronavirus crisis.

The law also introduces a prison sentence of up to five years for spreading "false information" about the virus or government measures.

The Council of Europe has declared that "an indefinite and uncontrolled state of emergency cannot guarantee that the basic principles of democracy will be observed". Several press freedom organisations have called on European Union leaders to react, denouncing a law "that infringes fundamental rights and media freedoms".