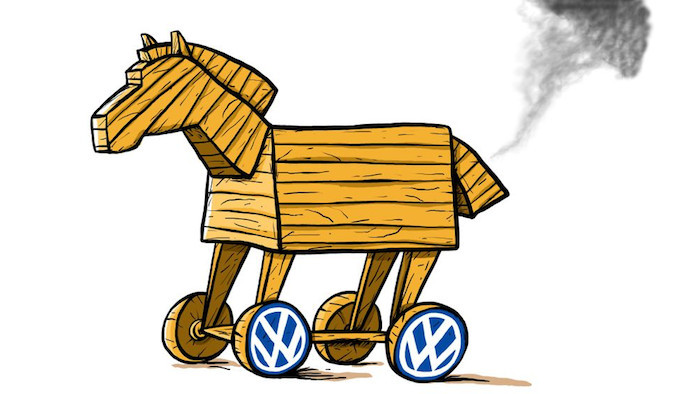 Volkswagen Group is much more successful in convincing Dieselgate-affected consumers to have the illegal defeat device removed from their car in western Europe than in eastern Europe.

Volkswagen Group (VW) is much more successful in convincing Dieselgate-affected consumers to have the illegal defeat device removed from their car in western Europe than in eastern Europe. Consequently, there are still over two million VW diesel cars driving around in the EU whose software has not yet been updated.

VW had promised the European Commission that it would give all 8.5 million affected cars the software update – although it is not entirely clear what that update entails – by autumn of 2017. It was already known that VW had failed to fulfil its promise, but the commission has recently published update figures from most member states.

The update campaign was most successful in VW's home country, Germany, where 91 percent of consumers who owned a Dieselgate car have gone to the garage for the update. However, success rates differ greatly among member states, with the most striking difference being an east-west divide.

A spokesman for the Brussels-based consumer organisation Beuc did not immediately have an explanation for the east-west difference. But he pointed to a recent EU commission report on consumer trust, which showed that general trust in retailers is lowest among mostly eastern European states. "These are worrying findings," said Dutch liberal MEP Gerben-Jan Gerbrandy, co-author of the parliament's inquiry report on the emissions scandal.

He told EUobserver in an email that more research was needed to better understand the differences. "But it crystal clear that the Dieselgate recalls by car manufacturers are behind schedule," he said. Gerbrandy also noted that he had doubts about what the recall actually achieved in terms of environmental benefits. "We need to shift to mandatory recalls in all member states, coordinated at a European level. Not only software updates, but also hardware updates should become mandatory, if we want to have truly cleaner cars on the road that finally comply with the law," he said.

The recalls are not mandatory in all member states. The highest success rates can be found in countries with a mandatory recall. However, there are also countries with a voluntary recall that score better than some mandatory countries. There are substantial differences between the four VW brands – Volkswagen, Skoda, Seat, and Audi (see charts below).

The figures were published recently on an obscure EU website. The commission provided MEPs with a link to the web page in a document which answered questions from former members of the parliament's inquiry committee into the emissions scandal. It is not clear what the VW 'fix' exactly means and some reports have come out saying that after the update the car is even more polluting. The EU's Joint Research Centre found that a Volkswagen Tiguan was emitting more after the defeat device was removed. Last month, Dutch newspaper NRC Handelsblad reported that a Dutch research institute found "deviating emissions behaviour" in VW diesel cars where the defeat device had been removed.