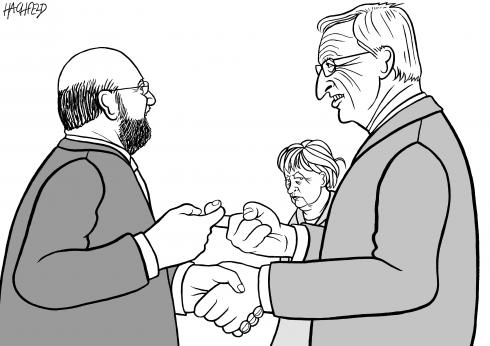 The conservative EPP candidate as head of the European Commission, Jean-Claude Juncker, claimed the job, after his party obtained a majority of seats in the new European parliament. His Socialist challenger Martin Schulz (S&E) believes he can find a lib-lab majority in the Parliament to support his designation. However, most of the observers think German Chancelor Angela Merkel will have the last word.